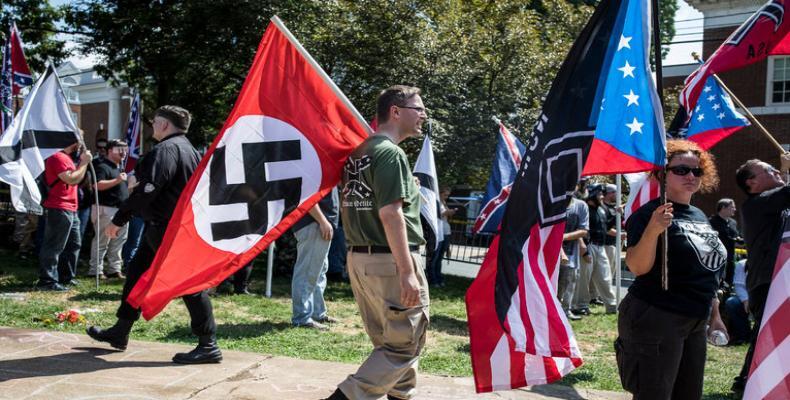 United Nations, August 25 (RHC)-- UN human rights experts have urged the U.S. government to "unequivocally and unconditionally" condemn racist speech and crimes, warning that a failure to do so could fuel further violent clashes by racist groups.

The UN Committee on the Elimination of Racial Discrimination (CERD), issued an "early warning and urgent action" statement, which is reserved for serious situations, saying “there should be no place in the world for racist white supremacist ideas or any similar ideologies that reject the core human rights principles of human dignity and equality.”

The warning specifically noted the August 12 rally in Charlottesville, Virginia, where deadly clashes broke out between white supremacists and counter-protesters.

The UN experts asked U.S. politicians and public officials to undertake concrete measures “to address the root causes of the proliferation of such racist manifestations,” although they stopped short of criticizing U.S. President Donald Trump by name.

Trump has been widely criticized for his response to the Charlottesville rally, after he said "both sides" were to blame for the violence.   A 32-year-old woman was killed and 19 others were injured when a 20-year-old Nazi sympathizer plowed his car into a crowd taking part in a counter-protest.

“We call on the U.S. Government to investigate thoroughly the phenomenon of racial discrimination targeting, in particular, people of African descent, ethnic or ethno-religious minorities, and migrants,” added Crickley.

The committee monitors compliance with the International Convention on the Elimination of All Forms of Racial Discrimination, which the U.S. ratified in 1994.

The UN warning marks the seventh such alert issued in the past decade.  They mainly concern countries gripped by ethnic and religious strife, including Burundi, Nigeria, Iraq and Ivory Coast.