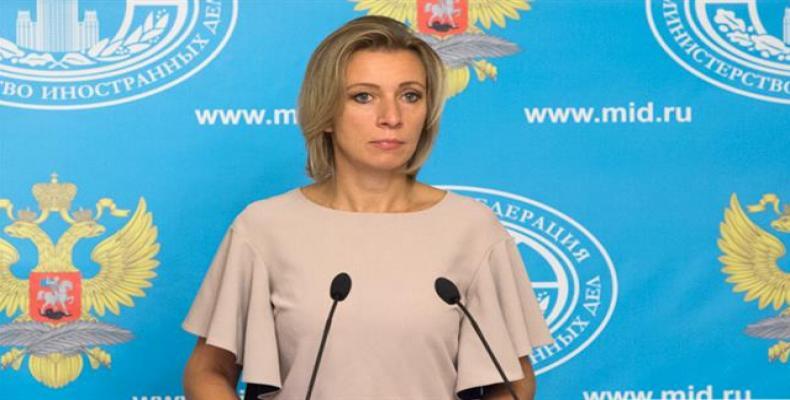 “The latest measures of financial pressure on Venezuela and President Nicolas Maduro were introduced by Washington at a time when that country showed signs of relative internal political stabilization after the elections to the National Constituent Assembly, street protests eased somewhat and a schedule of forthcoming elections, including gubernatorial and presidential ones, was finalized," she added.

Maduro says the U.S. is seeking to stifle oil exports through sanctions and a "naval blockade" on the Latin American country.  He also says Washington and its allies in the region are fomenting instability to bring down his government.

"In a situation like this, the declared sectoral sections against Venezuela’s financial and oil sectors were quite obviously aimed at undercutting the situation in that country and worsening its economic problems," added Zakharova.  She added that the sanctions will not have any affect on Russia’s willingness to cooperate with Venezuela.

"We will carefully analyze the consequences of the sanctions imposed by the U.S. and their potential impact on the interests of Russia and Russian businesses.  However, we can say now that they will not be able to influence our willingness to develop and boost our cooperation with a welcoming Venezuela and its people."  Zakharova added the Russia is ready to present political assistance to solve the current situation in Venezuela.

"This task’s solution requires, in no small measure, political assistance from outside…We are ready to contribute to the settlement in Venezuela to an extent, to which this is conditioned by the internal political developments in this state," she concluded.