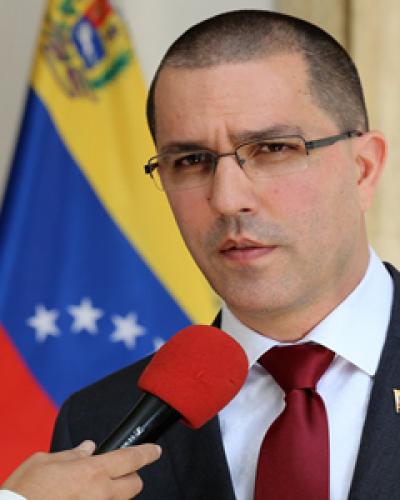 Caracas, May 22 (RHC)-- Venezuela's Foreign Minister, Jorge Arreaza, has rejected new sanctions imposed by the United States Government against the South American nation, and described them as a violation of international law.

During a press conference, the Venezuelan minister mentioned that these issues were raised during a meeting with the international observers of Sunday's elections, in which he pointed out the interventionist actions of U.S. President Donald Trump against the public debt and Venezuelan bonds.

Arreaza criticized the U.S. administration for not allowing the liquidation of Venezuelan assets in U.S. territory, as an attempt to force the South American country into submission, and he stressed that Venezuela will not yield to any pressure.

"There is no unilateral measure, no type of pressure from that power that can intimidate the Venezuelan people, we are going to continue with our friends around the world opening paths for freedom," said the Venezuelan official.