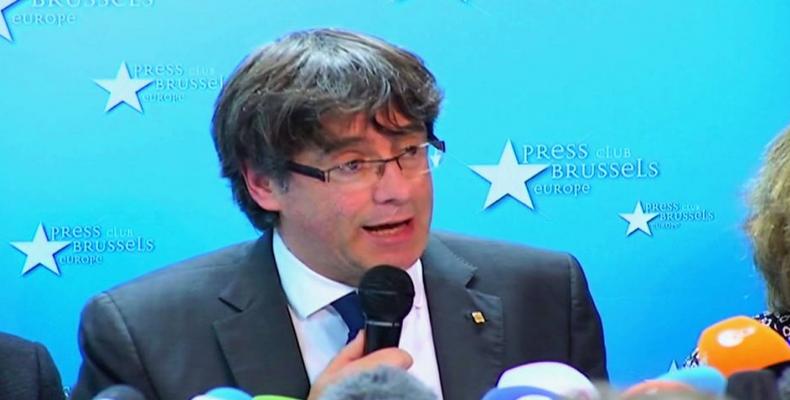 Madrid, October 31 (RHC)-- Spain’s top prosecutor has called for the arrest of Carles Puigdemont and other Catalan leaders on charges of rebellion, sedition and embezzlement.

Puigdemont appeared in Belgium after the charges were announced, vowing to continue his fight for a separate Catalan nation, after Catalonia’s regional Parliament voted Friday for independence by a margin of 70 votes to 10.

Puigdemont has hired a Belgian lawyer and may be considering an asylum claim in Belgium, where courts have a high bar for extradition requests.