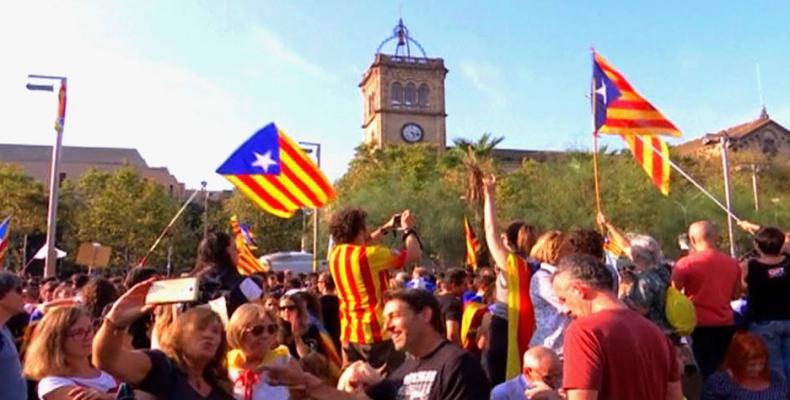 Barcelona, October 5 (RHC)-- The president of the Generalitat of Catalonia, Carles Puigdemont, said that his government is prepared to declare independence based on the results of the Catalan referendum  vote, where 90 percent of voters supported independence.

Asked about the possibility of Spain seizing Catalonia’s autonomy, Puigdemont told the BBC that “it would be an error which changes everything.”  In addition, he described the European Union's response to the violence as "very disappointing."

The EU described the aggression, which left over 840 people injured, as an "internal matter of Spain."

The interview was granted shortly before King Felipe VI gave a speech to the country after the results showed a clear popular mandate for the independence of Catalonia.  Speaking in his first televised address since the vote, the king blamed Catalan authorities for wanting “to break the unity of Spain and the national sovereignty."  He said: "They have broken the democratic principles of the rule of law.  Today, the Catalan society is fractured."