Puigdemont Will Not Return to Spain to Testify in Spanish Court 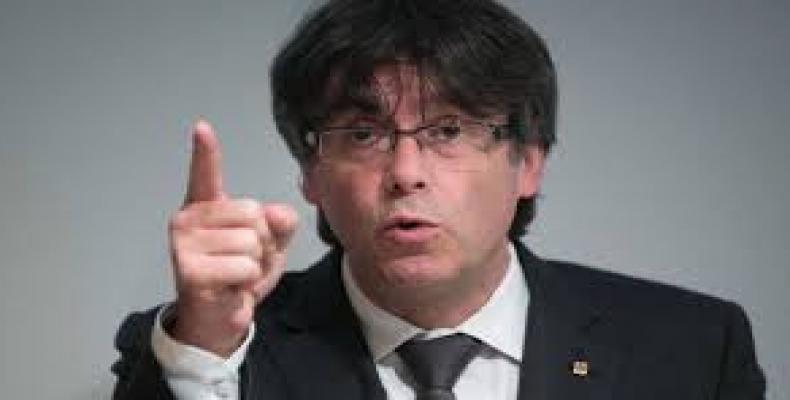 Brussels, November 2 (RHC)-- Lawyers for Carles Puigdemont say the former Catalan president will not return to Spain to testify in a national court, but has instead has agreed to testify from Brussels.  The court accused Puigdemont of rebellion, sedition and embezzlement against the Spanish crown on Monday when he was also summoned to answer questions at week’s end in a court in Madrid regarding his involvement in the Catalonia independence elections on October 1st and his part in the Catalonia Parliament's declaration of independence last Friday.

Puigdemont agreed to testify from Belgium where he traveled earlier in the week.  His lawyer, Paul Bekaert told the Associated Press that under Spanish law defendants can take questions from outside of Spain.  Also under Spanish law, the court could issue an arrest warrant for Puigdemont if he fails to appear in court.

The former Catalan president has said he would not seek asylum in the European Union capital, while EU diplomats have said they would not grant asylum because “it would provoke an immediate political crisis between Belgium and Europe.”  Puigdemont traveled to Brussels with six former Catalan legislators to “act with liberty and security” away from “threats” from Spain.  The former leader said in a press conference he will return “immediately” to Spain only when the government provides certain “conditions” for his return.  From Brussels, he accused the Spanish government of seeking “revenge” rather than “justice” regarding the now two-month-old heightened push for Catalan independence.

In total, Puigdemont and 13 others, including all formers members of the Catalan Parliament Bureau have been accused of sedition and rebellion and have been called to testify this week.  A judge will decide if the accused should go to jail pending a potential trial.  In the meantime, Spanish prosecutors requested that the court demand $7.2 million from each of the accused for “potential liabilities.”

Puigdemont accepted the new elections as a “democratic challenge” announcing that pro-independence parties will take part in the elections “with all its strength.”  Catalan parties have until Sunday, November 5th to name general representative delegates, and until November 7th to name provincial delegates, according to the Electoral Council.