Pope Francis Calls for a World Without Nuclear Weapons 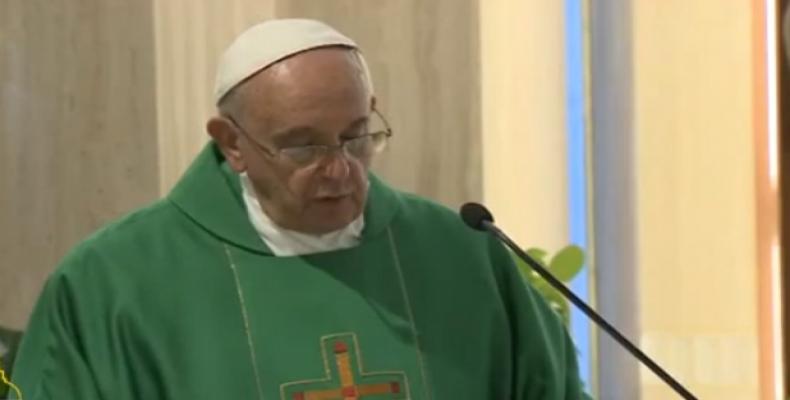 The pontiff said that there was a need to “work with determination to build a world without nuclear weapons,” speaking from the window of the papal apartment overlooking St. Peter’s Square.

His remarks came on the day that the group which won this year’s Nobel Peace Prize, the International Campaign to Abolish Nuclear Weapons (ICAN) accepted that recognition in Oslo.

“This recognition takes place on the U.N. International Day for Human Rights, and it reminds us of the close relationship between human rights and nuclear disarmament,” the pope said.

With rising tensions between the United States and North Korea, the pope has repeatedly warned against the catastrophic humanitarian and environmental effects of nuclear devices and has called for a third country to mediate the dispute.

At his weekly Angelus prayer, Pope Francis added that men and women in the world had “the liberty, the intelligence and the capacity to guide technology, limit their power, at the service of peace and true progress”.

Last month he appeared to harden the Catholic Church’s teaching against nuclear weapons, saying countries should not stockpile them, even for the purpose of deterrence.