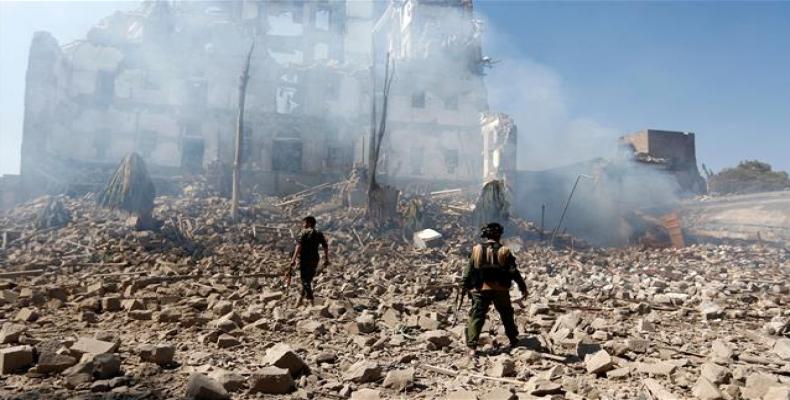 Sanaa, December 12 (RHC)-- At least 14 people have been killed after warplanes belonging to the Saudi-led military coalition hit residential localities across the war-torn Yemen.  Yemen’s al-Masirah television network reported on Monday that earlier in the day Saudi warplanes had launched a number of airstrikes on Hamli neighborhood in Moze district of the southwestern province of Ta'izz that led to the killing of at least six civilians after their vehicles were hit by the aerial aggression.

The report added that later in the day, eight other civilians also lost their lives after Saudi fighter jets bombarded an educational center in Kataf district in the northwestern province of Sa'ada.  The report further said that Saudi warplanes had conducted multiple airstrikes against the Yemeni provinces of Jawf, Shabwah, Sana’a and Hajjah since morning.

During the past several weeks, Saudi war machine has killed dozens of Yemenis, mostly women and children, in the impoverished country.  Separately, a security source, speaking on condition of anonymity, told al-Masirah that Yemeni forces, in a retaliatory attack, managed to destroy two military vehicles of the Saudi mercenaries as they were attempting to go through a passageway in Ta'izz’s Moze district.