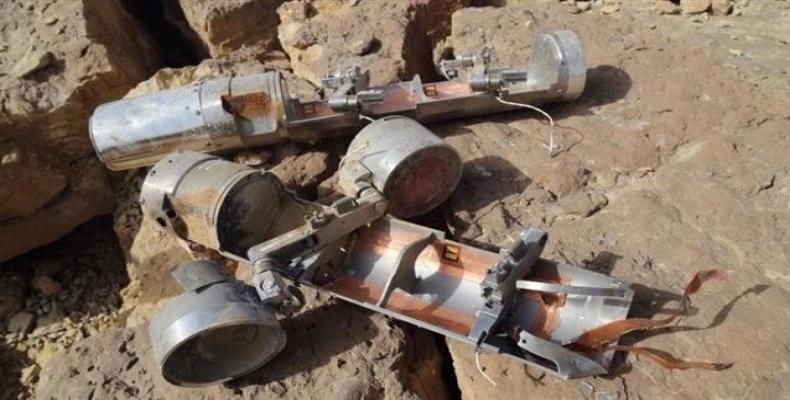 Sanaa, December 4 (RHC)-- The Yemeni Armed Forces says the Saudi-led military coalition continues to use internationally-banned weapons, particularly cluster bombs, in its aerial bombardment of residential neighborhoods in Yemen despite a global outcry against the use of such munitions by Saudi Arabia and its allies.

Speaking at a press conference in the capital city of Sanaa on Monday, Brigadier General Yahya Saree stated that the Saudi-led military alliance has carried out 350 air raids across Yemen, notably in the mountainous northwestern province of Sa’ada and the western coastal province of Hudaydah, over the past ten days.

He added that the assaults have resulted in the death and injury of dozens of civilians, and destroyed a number of houses – especially in the province of Hudaydah.  Saree further noted that the Saudi-led airstrikes have focused on the eastern and southern neighborhoods of Hudaydah city, causing considerable damage to factories and warehouses.

The senior Yemeni military official went on to say that the Saudi Arabia and its allies continue to target citizens with cluster bombs and internationally-banned arms in the northern province of Sa’ada and Hajjah, leaving 1,124 people dead and 1,665 others wounded.

Saree pointed out that many of the victims are children, and that most of the cluster bombs are made in the United States.  He said Yemeni army soldiers and allied fighters from Popular Committees have managed to thwart more than 50 border incursions over the past 10 days.

According to a new report by the Armed Conflict Location and Event Data Project (ACLED), a nonprofit conflict-research organization, the Saudi-led war has so far claimed the lives of around 56,000 Yemenis.

A number of Western countries, the U.S. and Britain in particular, are also accused of being complicit in the ongoing aggression as they supply the Riyadh regime with advanced weapons and military equipment as well as logistical and intelligence assistance.