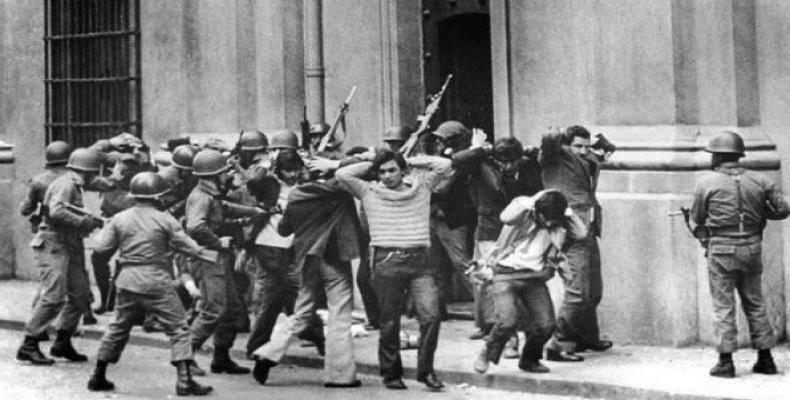 Austrian university student Nenad Teodorovic Sertic, a member of the Movimiento de Izquierda Revolucionaria (MIR), was killed by the officers, along with his social-worker wife, Elizabeth Cabrera Balarriz, and fellow student Luis Munoz Bravo.  The three were arrested in their homes on September 14, 1973 -- just days after the military coup -- and were to be taken to a concentration camp at the Cerro Moreno air base.  During the trip, the officers stopped their vehicles and fatally shot the young trio.

The Court has also ruled that the State of Chile must pay $154,000 in compensation to the late couple’s son.

On September 11, 1973 the Constitutionally-elected government of Salvador Allende was brutally overthrown in a U.S.-backed coup that left the president dead, followed by the rounding up, torture, killing, disappearance and exile of thousands of Chileans over the next couple of decades.