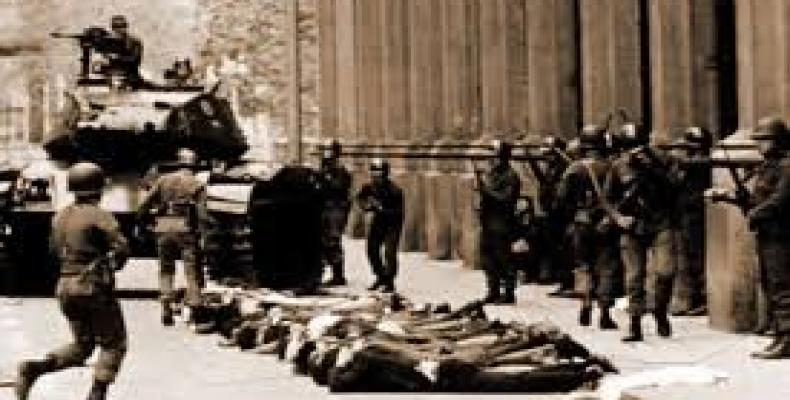 Santiago de Chile, March 2 (RHC)-- A Chilean court has condemned 11 agents of the intelligence services of former dictator General Augusto Pinochet for the 1974 forced disappearances of Maria Alvarado Borgel and Martin Elgueta Pinto.  According to testimony, both victims were tortured before they were killed in the facilities of the intelligence service called Londres 38.

Special Judge Leopoldo Llanos also ordered the Chilean state to pay $77,500 to each of the five brothers of the victims, all activists with the Revolutionary Left Movement, or MIR.