At Least 40 Dead in ISIS Suicide Bombing in Kabul 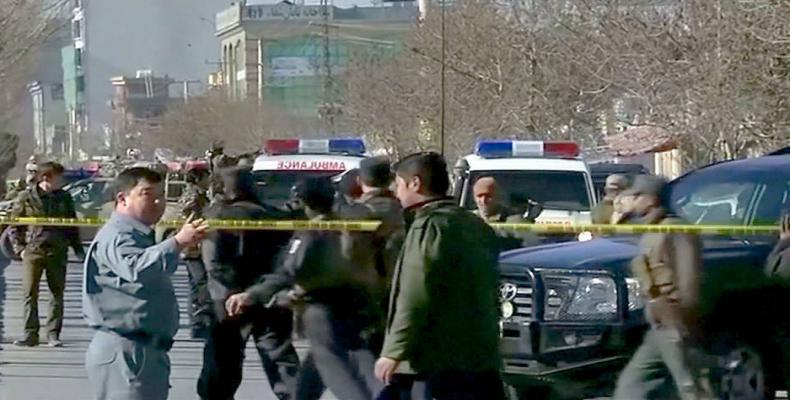 Kabul, December 28 (RHC)-- In Afghanistan, at least 40 people have been killed and dozens more wounded in a suicide bomb attack in the capital Kabul.  ISIS has claimed responsibility for the attack, which targeted a Shia cultural center and the Afghan Voice news agency.

Afghan Journalists Safety Committee says at least one journalist was killed in the attack and another four were wounded.  The blast struck as students were attending a discussion forum at the cultural center marking the 38th anniversary of the Soviet invasion of Afghanistan.

This comes only days after ISIS claimed responsibility for another suicide bombing in Kabul, which killed 10 people.