As FBI probe wraps up, U.S. Senate could vote on Kavanaugh on Saturday 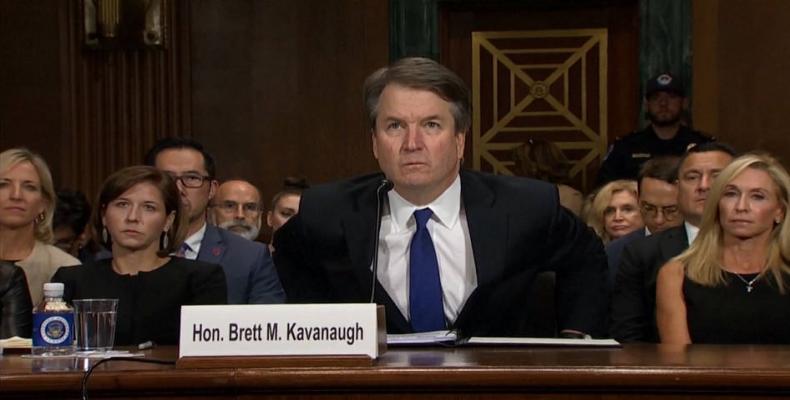 Washington, October 4 (RHC)-- In the United States, the FBI has completed its limited, supplemental investigation into sexual misconduct claims about Supreme Court nominee Brett Kavanaugh, with U.S. senators set to review the FBI’s summaries of interviews with witnesses today.

The report will not be made public.  Instead, senators from each party will take 1-hour turns to review a single copy of the FBI document in a secure room in the basement of the Capitol.

FBI agents did not interview Dr. Blasey Ford or Kavanaugh for their investigation, nor did they interview a third Kavanaugh accuser, Julie Swetnick.  Democrats have blasted the FBI’s limited scope and short timetable for the investigation.  They’re also questioning the impartiality of FBI Director Christopher Wray, who was two years behind Kavanaugh at Yale—as an undergraduate and at Yale Law School.  Wray and Kavanaugh worked together on the Ken Starr investigation that led to President Clinton’s impeachment trial.

On Wednesday evening, Senate Majority Leader Mitch McConnell ordered a procedural vote for Friday to end debate on Kavanaugh’s nomination; a vote by the full Senate to confirm Kavanaugh as a Supreme Court justice could come as early as Saturday.