Donald Trump Repeats Warning to Pull U.S. Out of NAFTA 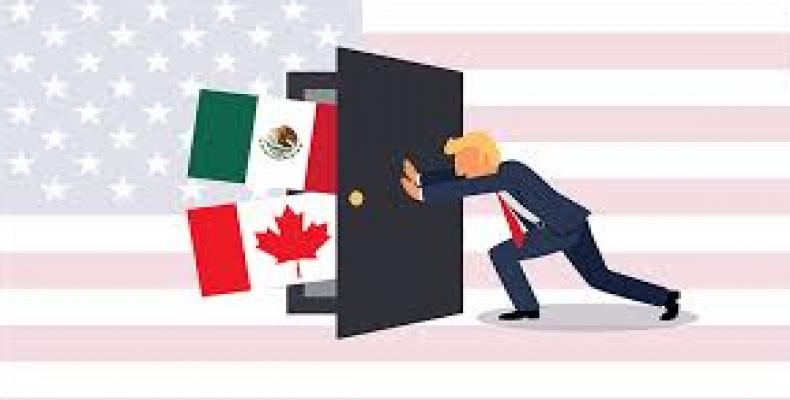 Washington, January 18 (RHC)-- U.S. President Donald Trump has repeated a threat to pull the United States out of a trade agreement with Canada and Mexico.  In a Wednesday interview with Reuters, Trump once again threatened to withdraw from the North American Free Trade Agreement (NAFTA), arguing that the move would serve U.S. trade interests.

Trump's comments came less than a week before negotiators from the three countries party to NAFTA are scheduled to meet in the Canadian city of Montreal for the sixth of the seven scheduled rounds to renegotiate the trade pact, as requested by Trump's White House.

The U.S. president has repeated the threat many times over since his campaigning days for the presidency, in what is generally seen as an attempt to enhance America's bargaining power at the negotiations.

NAFTA was finalized by the United States, Canada, and Mexico back in 1994.  None of the parties can "terminate" the multilateral deal; they can only unilaterally terminate their participation.

The incumbent U.S president has called NAFTA the "single worst trade deal ever approved" by the U.S. and claimed that it has led to the outsourcing of thousands of jobs to Mexico and China.

Mexico has previously called on the U.S. to uphold the 24-year-old trade deal, arguing that the suspension of such an agreement would have consequences for all the parties involved.

Sensing that the United States may proceed to withdraw, Canada has launched a wide-ranging attack on U.S. trade practices, calling on the World Trade Organization to examine the use of duties in the United States.