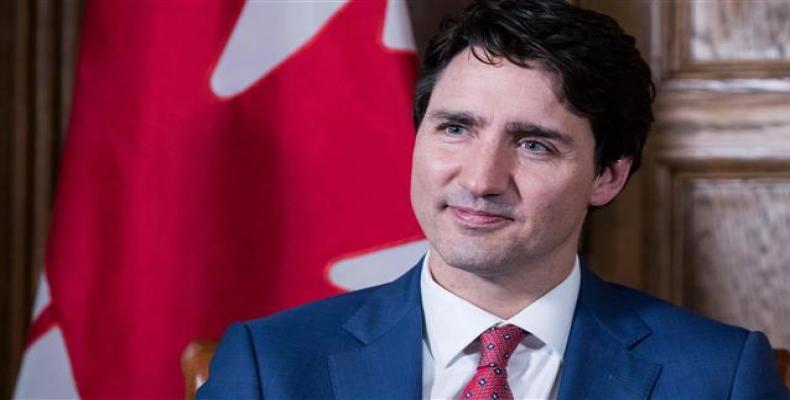 "We have, on various occasions, heard the (U.S.) president speak about his interest or his musings about a bilateral deal instead of the trilateral NAFTA that we have," said Trudeau on Wednesday.  "Canada's position is, and always has been, that the trilateral approach is actually better for Canada, for Mexico and for the United States."

On Tuesday, the White House announced that U.S. President Donald Trump wants to engage in separate agreements with Canada and Mexico instead of remaining in the trilateral deal.

White House economic adviser Larry Kudlow said that the president is thinking about ways to dismantle the current trilateral structure of the deal and devise a bilateral basis to negotiate new terms with Canada and Mexico one on one, separately.

Trump has repeatedly said since his campaigning days for the presidency that he would pull the U.S. out of NAFTA which was signed by the US, Canada, and Mexico back in 1994.  He claims that pulling out of the deal would serve well to U.S. national interests.

In the past, Trump has described NAFTA as the “single worst trade deal ever approved” by the U.S., and claimed that it has led to the outsourcing of thousands of jobs from the United States to Mexico and China.

Canada and Mexico are strongly opposed to Trump's threat of canceling the old deal and renegotiating new terms for NAFTA.

Earlier this week, Trudeau said the U.S. imposition of tariffs on metal imports is an insult to their long standing security partnership.