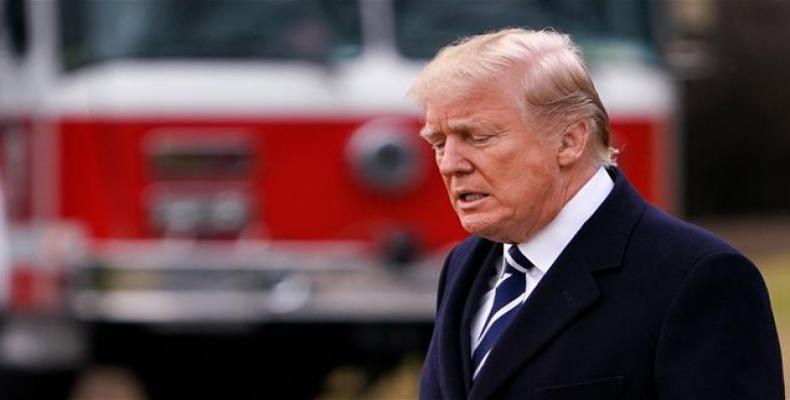 Washington, February 2 (RHC)-- Senior U.S. officials have claimed President Donald Trump is prepared to launch a military action if necessary against the Syrian government which they claim is possibly developing new types of chemical weapons.

U.S. officials have floated the idea that the government of Syrian President Bashar al-Assad saved a part of chemical weapons stockpile despite a U.S.-Russian deal under which Damascus had agreed to hand over all such weapons for destruction.

The government surrendered its stockpiles of chemical weapons in 2014 to a joint mission led by the UN and the Organization for the Prohibition of Chemical Weapons (OPCW), which oversaw the destruction of the weaponry.  The deal was negotiated by Russia and the United States.

The officials, speaking on condition of anonymity, told reporters in Washington, DC, that Syrian armed forces "evolved" their chemical weapons and made continued occasional use of them in smaller amounts since April 2017.  But they declined to provide specific details.

More than 80 people died in the April 4, 2017 sarin gas attack on Khan Shaykhun in Idlib Province.  Following the incident, the U.S. military launched a missile strike on a Syrian air base.  The United States and the militants operating in the area blamed the Syrian government for the deadly incident.  Syria and Russia, however, rejected the claims, suggesting that a militant weapon may have detonated on the ground.

Russia has denied any complicity, and the Syrian government has said it has not carried out any of the attacks, saying such accusations are merely meant to hinder efforts to find a peaceful solution to the conflict in the Arab state.