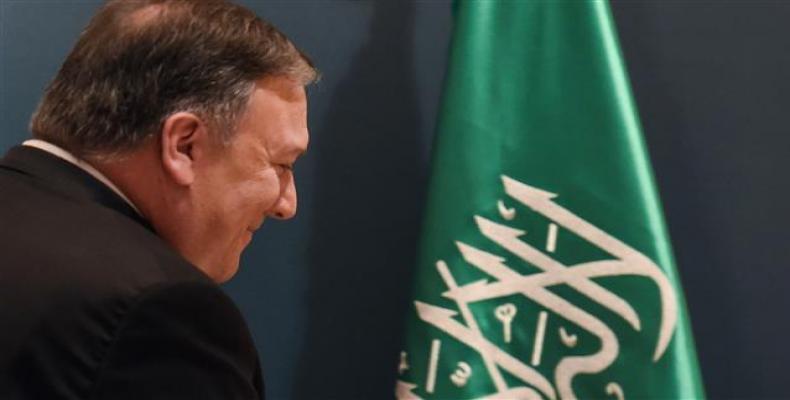 Tel Aviv, April 30 (RHC)-- U.S. Secretary of State Mike Pompeo is repeating false allegations against Iran during his first tour to the Middle East as Washington's top diplomat.  The former CIA chief met with Israeli Prime Minister Benjamin Netanyahu and Saudi Foreign Minister Adel al-Jubeir on Sunday, less than one week after being sworn in as the secretary of state.

He also took the chance to slam the Iran nuclear deal, an international agreement back by U.S. allies, including Britain, France and Germany.  He threatened that U.S. President Donald Trump would withdraw from the JCPOA "if we can't fix it."

Netanyahu also repeated the false accusation that Iran is pursuing nuclear weapons.  And, for his part, Iranian Foreign Minister Mohammad Javad Zarif has said Tehran will "mostly likely" abandon the agreement should the United States choose to withdraw from it.

Just like Trump, Pompeo has included Saudi Arabia and Israel as his first destinations as a May 12th deadline looms for the U.S. to announce its stance on the 2015 nuclear deal between Iran and six world powers.

Trump has so far failed to make good on his 2016 campaign promise to pull out of the historic deal known as the Joint Comprehensive Plan of Action.