Survey shows majority of Americans think Trump will get U.S. into war 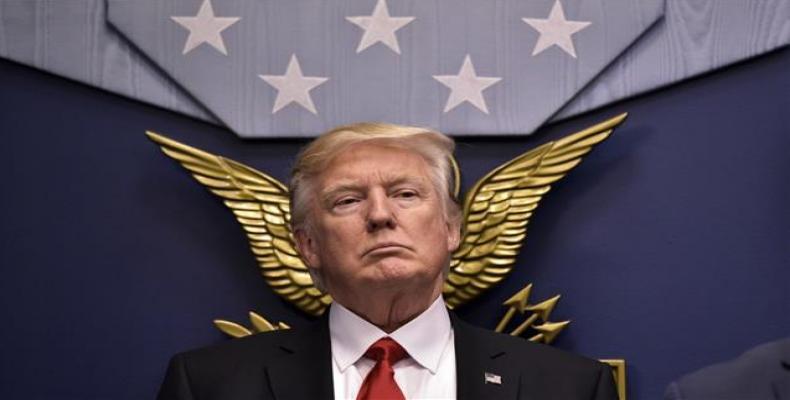 Washington, May 28 (RHC)-- A majority of Americans think U.S. President Donald Trump will get the United States tied up in a new conflict, according to a new poll.  The YouGov survey released in Washington found that 56 percent of poll respondents said Trump will get the country into another war.

Even a large percentage of voters from Trump's own Republican Party think he'll probably get the United States into a war.  Some 30 percent of GOP respondents said it was likely, while 46 percent said it was unlikely and 85 percent of Democrats felt it was likely.

Americans' concerns about a potential war could have been fueled by a recent U.S.-led missile strike on Syria ordered by Trump purportedly in response to a suspected chemical weapons attack.