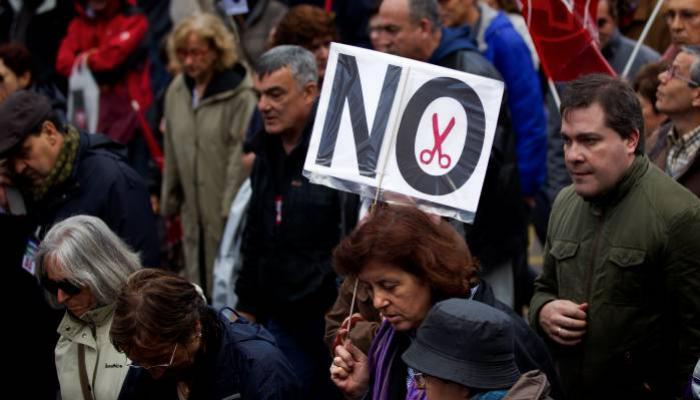 Madrid, February 24 (RHC)-- Thousands of Spaniards have taken to the streets of the capital Madrid to protest against the government's tough austerity measures. The protest took place on Sunday in the city where demonstrators chanted anti-austerity slogans.

Organizers of the protest said they were demonstrating against all the cuts the government in Spain is making -- cuts to health, education and labor reforms.

Grappling with a deep economic recession, Spain has adopted harsh austerity measures as part of attempts to deal with the dire situation. Madrid has been witnessing daily protests in recent years since the country’s economy collapsed into recession in the second half of 2008, taking millions of jobs with it.

The worsening debt crisis has forced EU governments to adopt harsh austerity measures and tough economic reforms, which have triggered incidents of social unrest and massive protests in many European countries.