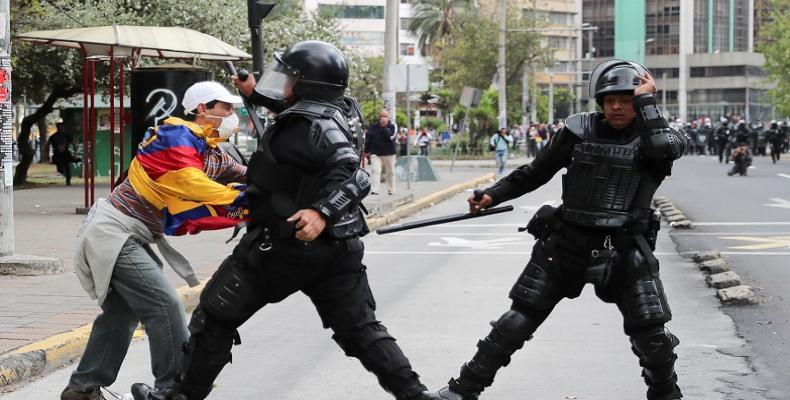 Quito, October 8 (RHC)-- Massive protests continue throughout Ecuador, as thousands of Indigenous peoples and farmers staged demonstrations in Quito, the capital of the country, to protest against IMF austerity policies.

While Ecuador is going through a "State of Exception" -- a legal status by which the government can suspend civil and political rights -- Guayaquil was besieged by thousands of producers and farmers from the Ecuadorean coast.  They managed to break several police fences and established roadblocks that allow access to the main Ecuadorean export port.

Although the government had fled to Guayaquil for refuge, Quito remained occupied by thousands of demonstrators at dawn on Tuesday.  Activities were not being carried out as usual and there was no regular public or private transport.​​​​​​​

According to official figures, over 510 protesters have been arrested during six days of protests.  However, the number of injured and dead has not been been announced yet, although social media users have reported at least three people killed as a result of protests against the government.