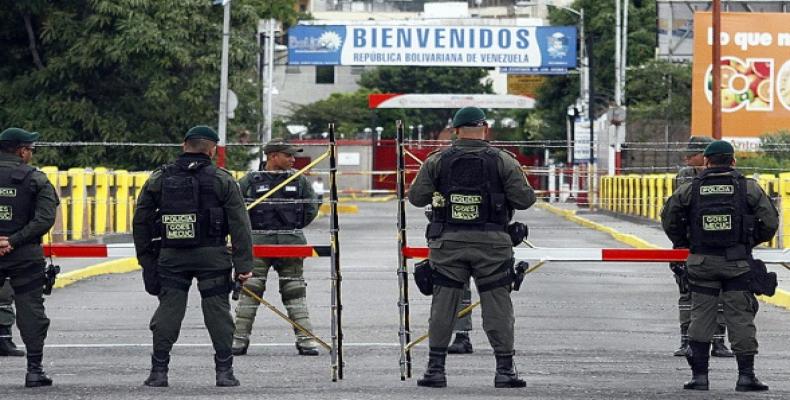 Caracas, Feb 17 (RHC)-- Venezuelan Minister of the Interior and Justice, Nestor Reverol, has condemned the Colombian army's attempt to recruit Venezuelans into their ranks.  At a news conference in Caracas on Friday, Reverol said: "These actions aim to justify an interventionist action that would violate our (Venezuelan) national sovereignty."

Venezuela's President Nicolas Maduro announced Wednesday that he would coordinate a meeting between Defense Minister Vladimir Padrino Lopez and authorities of Colombia's Foreign Ministry to discuss security issues for both countries.  Via Twitter, Maduro addressed Colombian President Juan Manuel Santos reminding him of their obligation to work for peace.

A day later, Colombian Defense Minister Luis Carlos Villegas confirmed in a press conference he held a telephone conversation with his Venezuelan counterpart, General Vladimir Padrino, and that they've agreed to coordinate security plans at the border.  The date for this meeting has not yet been announced.

"You @JuanManuelSantos as right-wing president & I as Bolivarian president are bound by history & our peoples to hear each other, communicate and work for Peace.  There is no empire in the world that can undo the history that binds our peoples," Maduro said.

However, tension has been mounting between the two countries after Colombia's defense minister said intelligence agents found that an attack by the ELN carried out in late January was planned in Venezuela.

Shortly after, Venezuela’s interior and justice minister accused Colombia’s army of recruiting roughly 150 Venezuelans that could “create paramilitary groups highly indoctrinated with the capacity to move freely within Venezuelan territory.”