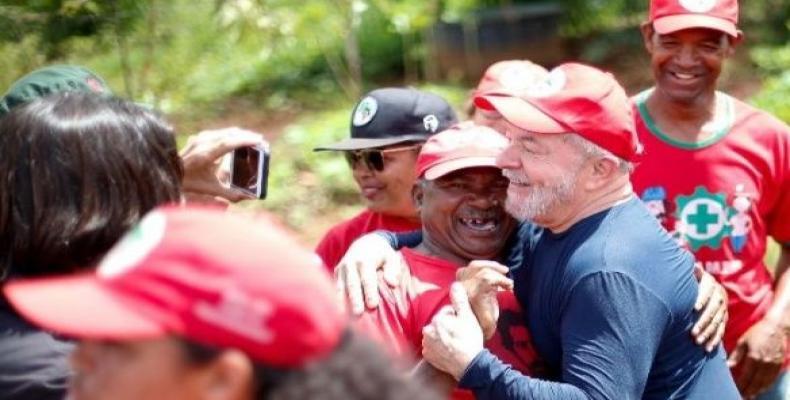 Lula was initially sentenced to nine years and six months by judge Sergio Moro last year.  In January, the conviction was not only upheld by the TRF-4, but more prison time was tacked on to the original sentence.  His lawyers are appealing the decision on “technical grounds,” arguing that his trial contained 38 omissions, 16 contradictions and five areas that were unclear.

Many legal observers, including his defense team, insist that the former head of state is the victim of a calculated lawfare campaign to prevent him from running in this year's presidential campaign. When the Public Prosecutor's Office initially charged Lula in 2016, prosecutor Henrique Pozzobon admitted that there was no “conclusive evidence” that Lula is the “owner” of the apartment complex in Guaruja.

In response to the TRF-4 decision, Lula said: “I'm going to stay here.  This is where I was born; this is where I belong.  The only thing I'm afraid of is betraying my people.”

Lula remains the top candidate in all presidential polls, including the latest Barometro Politico Estadao-Ipsos where he's ahead of the pack with 42 percent. He launched his pre-presidential candidacy at an event hosted at Exominas in Belo Horizonte last month.

During his speech, he said that his “torturers,” in reference to judges, the corporate media and others who have pursued him on alleged corruption charges, can arrest “my flesh, but my ideas will carry on free.  They will not detain our dreams.”