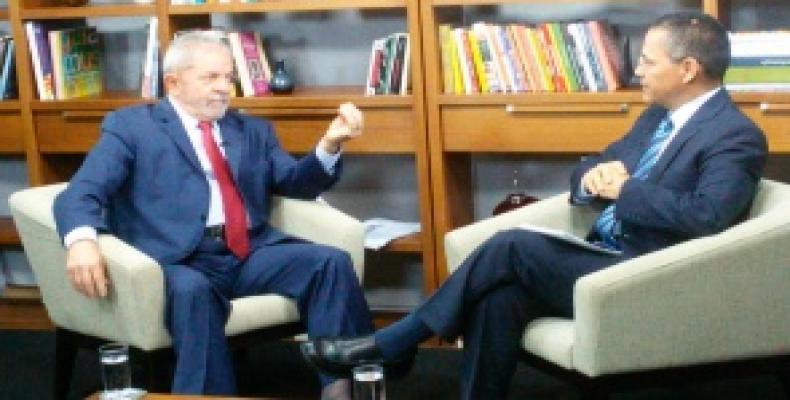 Sao Paulo, May 20 (RHC-teleSUR) -- Former Brazilian President and political leader Luiz Inacio Lula da Silva spoke with teleSUR Thursday night in an exclusive interview about the current situation in his country, following the suspension of President Dilma Rousseff who is now facing a Senate impeachment trial.

Lula said the new Acting President Michel Temer is making decisions that do not correspond to an interim government.  Lula said: "The interim government is changing everything, as if it would definitely stay in power."

Michel Temer, the former vice president, assumed the post of president last week.  Rousseff, along with millions of Brazilians, regard the move as a coup waged by the right-wing opposition.

The leader of the Workers Party (PT) said the Brazilian elite has always been very “submissive” with the United States and the European Union, and have always had a position against progressive governments like the one of Chavez in Venezuela.  And Brazil's media is very much controlled by the country's elites.  Lula da Silva said the media in his country played an important role in the attacks on Dilma and her temporary removal.