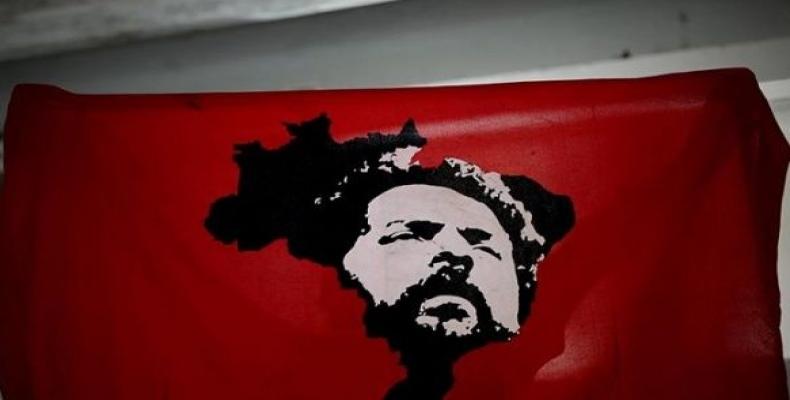 Brasilia, February 8 (RHC)-- Former Brazilian President Luiz Inacio Lula da Silva received a new sentence, 12 years and 11 months in prison, in one case for a rural property in the interior of the state of Sao Paulo, according to a court ruling published on Wednesday.

The leftist leader was convicted without evidence of corruption and money laundering by Judge Gabriela Hardt of a court of first instance in Curitiba, in southern Brazil, where the case is being investigated.  The former president has already been completing a sentence of 12 years and 1 month of prison for another case, whose evidence and procedure has been questioned by legal experts.

The judge claims that Lula received bribes to benefit his Workers' Party paid by the construction company Odebrecht and laundered through a property of the town of Atibaia, claims made by the judge without evidence.

“The pursuit of Lula is not over.  A second jet conviction was given, exactly as the possibility of Lula being a Nobel peace prize winner grows.  In the memory of the people and in history, Lula will always be greater than his executioners.  #LulaLivre,” Gleisi Hoffmann, the head of the PT, said Wednesday after the announcement of the sentence.

Lula da Silva, who was arrested after being convicted in the Lava Jato corruption case by a Federal Regional Court, is internationally recognized as a political prisoner.  His imprisonment led to his inability to run for president in the October 2018 general elections and paved the way for the victory of far-right Jair Bolsonaro who has announced an aggressive neo-liberal economic program and the use of aggressive force against social movements.