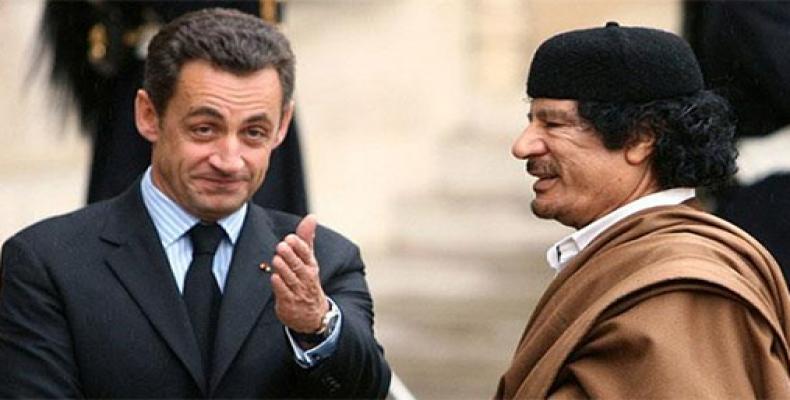 After five years of investigation and two days of questioning Sarkozy, 63, in police custody, judges looking into the scandal decided they had enough evidence to charge the one-term president who served from 2007 to 2012.

He was first taken into custody in the Nanterre suburb, west of Paris, on Tuesday morning before returning for another interrogation session on Wednesday morning.

He will have six months to appeal to have the charges overturned and the judges will have to make a further decision about whether they have sufficient evidence to take the case to trial.

The case is connected to accusations that Sarkozy received money from former Libyan leader Muammar Gaddafi to fund his successful election bid in 2007, allegations he denies and has dismissed as "grotesque".