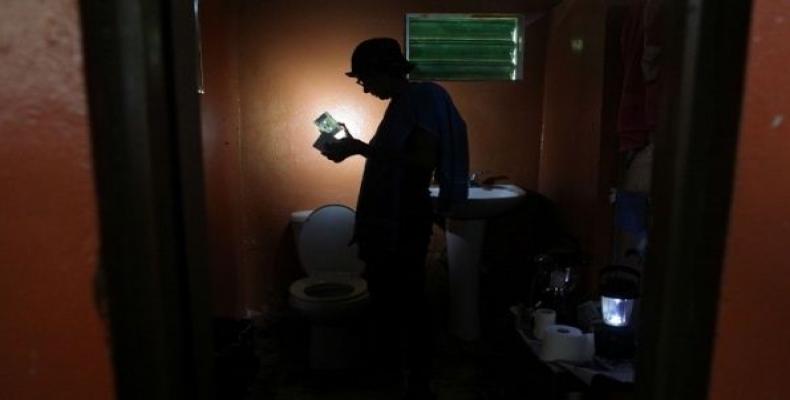 San Juan, May 21 (RHC)-- As Puerto Rico continues to struggle in the aftermath of Hurricane Maria last September, and the two most recent massive power blackouts in April, one of which led to the island's blackout, the Federal Communications Commission, the FCC, has proposed measures which could disconnect over 369,000 Lifeline customers in Puerto Rico.

Created in 1985 during the Reagan administration, the Lifeline program is the only federal program that helps connect poor and marginalized communities to telecommunication services.  The program helps nearly 13 million people access affordable broadband and voice by providing a modest subsidy of $9.25 a month to help ease the otherwise costly communications for individuals and families living on the margins.

"With the 2018 hurricane season around the corner, the last thing residents of Puerto Rico and other hurricane-ravaged areas need, are measures that would disconnect them from lifesaving networks," Carmen Scutaro, the vice president of Policy and General Counsel of the National Hispanic Media Coalition and Gloria Tristani, a former commissioner of the Federal Communications Commission, pointed out according to the Hill.

Administered by the Universal Service Administrative Company (USAC), the Lifeline program is currently available to eligible low-income consumers in every state, territory, commonwealth, and on tribal lands but the Trump administration has proposed changes "that would sharply alter the purpose and scope of the program, further antagonizing hurricane victims who are still struggling to rebuild," Scutaro and Tristani stated, according to the Hill.

Currently, the FCC's proposal include artificially capping the program with a "self-enforcing budget" which ranks need based on location, deepening the urban versus rural digital divide, limiting the availability of the modest subsidy by imposing a copay and a lifetime benefit, eliminating resellers, which provide services for 70 percent of current Lifeline subscribers.

Before the catastrophic 2017 hurricane season, the Lifeline program connected over 500,000 island households. After the storms, nearly 95.6 percent of cell sites in Puerto Rico were out of service.

The U.S. agency has justified these proposals on the pretext that the changes would stimulate investment in broadband networks but critics have noted there's no evidence to prove their claims would lead to the suggested changes.

"To the contrary, they would be counterproductive," Scutaro and Tristani said adding that it would in fact bring "hardships to Puerto Ricans, Texans, and Floridians impacted by the 2017 hurricanes, but particularly harm low-income Americans across the United States," the Hill reported.

"Pushing forward with changes to the Lifeline program would hamper recovery efforts and cut off hundreds of thousands of Puerto Ricans -- who are also U.S. citizens -- from vital telecommunications services."