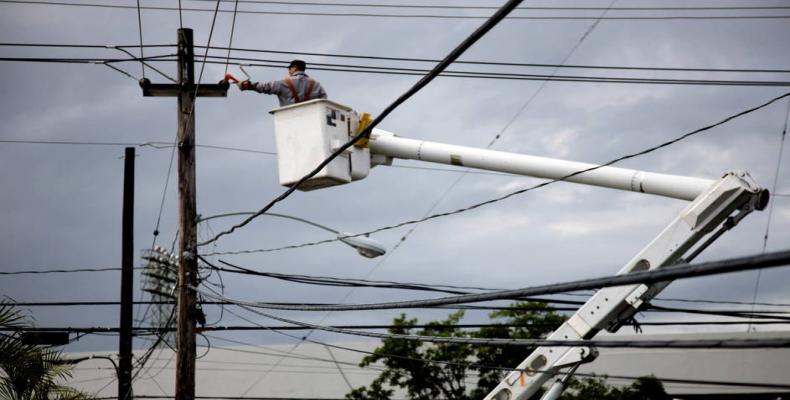 San Juan, October 25 (RHC)-- A tiny utility company, with ties to a Donald Trump supporter, has been awarded the lucrative contract of repairing Puerto Rico’s power grid.  Puerto Rico will reportedly pay $300 million to Whitefish Energy Holdings for the restoration of its power grid, authorities said.

According to a reports, an investigation into the small company from Montana revealed U.S. President Trump had received a number of large monetary donations from one of the utility firm's primary investors.

Following large-scale natural disasters, it’s customary to use big companies which are generally better equipped to handle the totality of the destruction.  Yet a small private-equity firm which has a full-time staff of only two employees was chosen.  Political observers say it's obvious that it helped that the company contributed to Trump's bid for the White House.

Joe Colonnetta of HBC Investments, the primary financier of the holding company, donated over $50,000 to Trump throughout his presidential campaign. At the time of the general election, through his firm, Colonnetta contributed $20,000 to the Trump Victory PAC.  During the primary election campaign, the maximum donation of $2,700 was donated, while the same was delivered to Trump’s general election campaign.  Additional funding of $30,7000 was donated to the Republican National Committee in 2016, while Colonnetta’s partner, Kimberly, made a contribution, of $33,400 to the RNC following Trump’s victory.

Reports say that Colonnetta was not the only Republican behind Whitefish Energy Holdings, with the company’s chief executive officer Andy Techmanski also a known ally of the Trump administration and friend of Interior Secretary Ryan Zinke.

“Whitefish’s most important expertise or assets seems to have been … having the U.S. secretary of the interior, Ryan Zinke, as their former congressman and current ally and having the wisdom to retain the services of key people close to the governor (of Puerto Rico),” commented Luis Vega-Ramos, a member of the Puerto Rican House of Representatives.

Since Hurricane Maria devastated Puerto Rico in September, life on the island has not returned to normal, as more than a million residents who continue to survive without clean drinking water have made complaints of eye and gastrointestinal infections.  Even more are still without power, while one-third of the island’s sewage facilities are still not functioning.