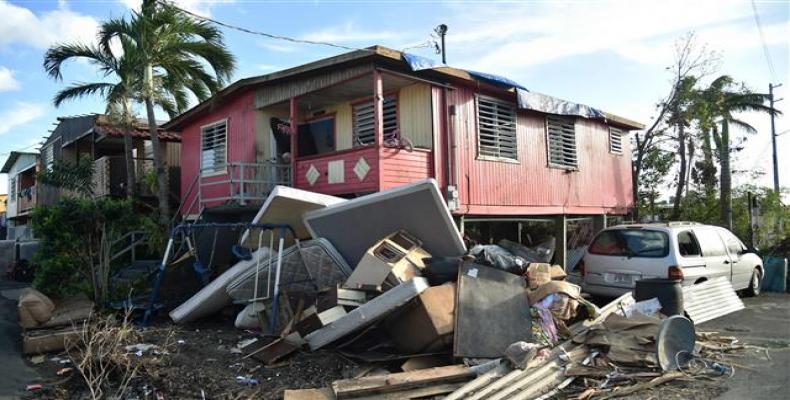 San Juan, November 29 (RHC)-- Rejecting the recent death toll reported by CNN and a U.S. university which claimed nearly 550 people died in Puerto Rico as Hurricane Maria ripped the island apart, Puerto Rico's governor, Ricardo Rossello Nevares, has announced the government will not raise its official count of people who died during Hurricane Maria from 55 to over 500, and will not issue death certificates over the official death toll.

"We are not saying that this is the number of deaths and already; we say that if there are entities that have found those deaths, that they can report them and they are going to be added, there is no doubt about that," Rossello Nevares said in a statement, adding that the government is following the official protocol, "because it is the process that has been carried out and validated with federal agencies."

"We established a process, which is more difficult, but the protocol is adequate and will continue to apply," the governor said during a press conference at the Convention Center in Miramar neighborhood of San Juan, Puerto Rico's largest city, as he provided new details of how the Caribbean country is coping with the relief efforts after Hurricane Maria left the country's infrastructure in shambles.

The Central Office of Reconstruction and Recovery is leading the efforts and collaborating with the state and federal agencies over the recovery processes.  "I am committed and our team is committed to making the construction process more transparent and more effective in the history of the United States.  As part of that, we have designed a series of unprecedented controls, in collaboration with the different federal agencies, but particularly with FEMA," Rossello Nevares said, El Vocero reported.

The Puerto Rican governor added that the Caribbean island, under the colonial rule of the United States for 119 years, was hit by two storms, Irma and María, within a span of a couple of weeks, and has caused many obstacles.