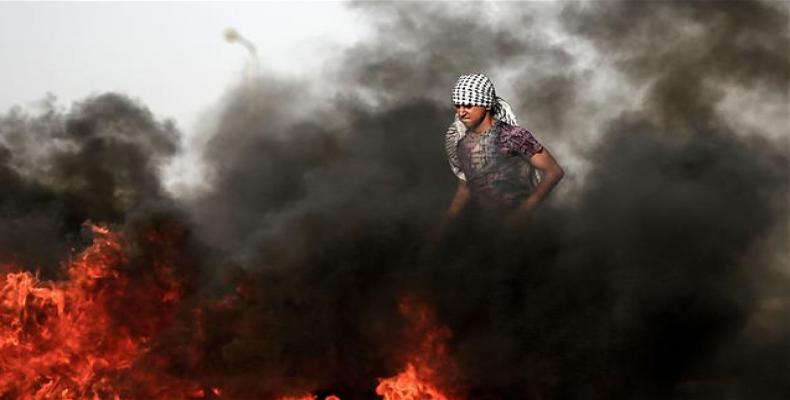 Tel Aviv, May 22 (RHC)-- The Israeli regime has summoned the ambassadors of Spain, Slovenia and Belgium over their countries’ votes at the United Nations in favor of an international probe into the latest massacre of dozens of Palestinians in the besieged Gaza Strip.  Spanish Ambassador Manuel Gomez-Acebo and Slovenian envoy Barbara Susnik were summoned on Monday, while Belgian Ambassador Olivier Belle is to be called in the next day, according to a statement released by the Israeli foreign ministry.

The three European countries were among the 29 nations that voted at the UN Human Rights Council on Friday in favor of sending a team of international war crimes investigators to probe the deadly shootings that left more than 60 Palestinian protesters dead and over 2,000 others injured in Gaza.

Only two of the council's 47 members -- the United States and Australia -- voted against the resolution, while 14 abstained, including Britain, Switzerland and Germany.  The text said the team should "investigate all alleged violations and abuses... in the context of the military assaults on large scale civilian protests that began on 30 March 2018... including those that may amount to war crimes."

On March 30th, Palestinians marched to the fence separating Gaza from the occupied territories at the start of a six-week protest, dubbed “The Great March of Return,” demanding the right to return for those driven out of their homeland.

The situation is volatile near the Gaza fence where protesters have gathered ahead of the inauguration of US embassy in Jerusalem.  The demonstrations turned violent after Israeli forces used tear gas and live fire against the protesters.  At least 30 Palestinians were killed in the clashes, according to Gaza's Health Ministry.

The violence further escalated on May 14, when at least 65 Palestinians were killed and more than 2,700 others wounded by Israeli fire along the fence between the Gaza Strip and the occupied territories on the eve of the 70th anniversary of Nakba Day (Day of Catastrophe).  The occasion coincided this year with the relocation of the U.S. embassy from Tel Aviv to the occupied city of Jerusalem.