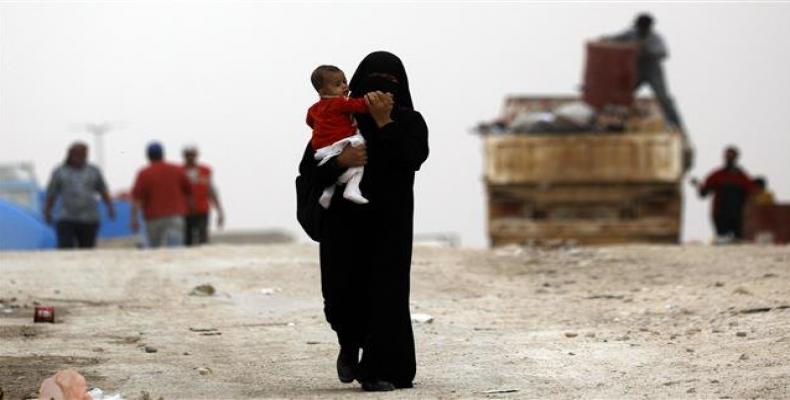 The official Syrian Arab News Agency (SANA) said the children were killed during the airstrikes that targeted the town of al-Shaafah on Monday.  The fatalities took place two days after fighter jets from the U.S.-led military coalition killed at least 15 civilians in Dayr al-Zawr.

Addressing world leaders at the 73rd session of the United Nations General Assembly in New York on September 29, Syrian Foreign Minister Walid al-Muallem said the U.S.-led coalition had been doing everything it could since the onset of its airstrikes but combat terrorism and militant outfits wreaking havoc in the Arab country.

Muallem described the military alliance as “illegitimate” and censured the “hegemonic policies” pursued by certain countries against the Damascus government.

The so-called Syrian Observatory for Human Rights reported on October 23rd that as many as 3,222 Syrian civilians had been killed since the onset of aerial aggressions by the U.S.-led coalition.

There were 768 people under the age of 18 among the fatalities, in addition to 562 female victims.

Syria has been gripped by foreign-backed militancy since March 2011.  The Syrian government says the Israeli regime and its Western and regional allies are aiding Takfiri terrorist groups wreaking havoc in the country.