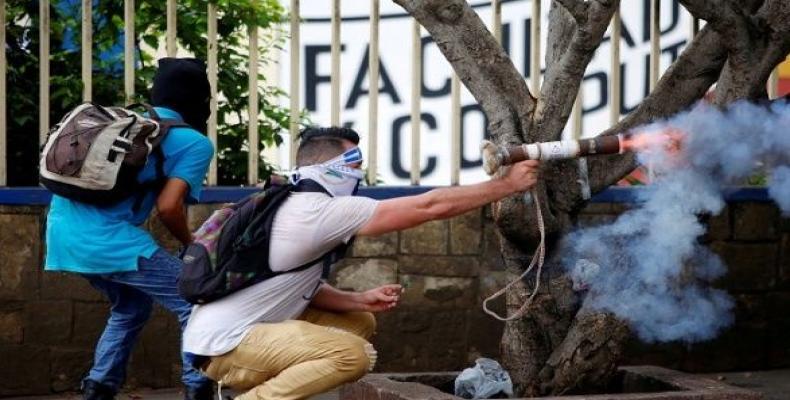 Managua, June 12 (RHC)-- In a press release to the media, Nicaraguan police have disclosed a number of incidents of criminal activities which have been destabilizing the country and disrupting “public order and peace” of the nation.

Security officials in Nicaragua say that various organized groups – armed with firearms, mortar shells and Molotov cocktails – have been committing “acts of terrorism” against civilian and governmental targets.  The statement detailed multiple incidents of violence, spreading across Managua, Masaya, Jinotega, Matagalpa and Leon, resulting in kidnappings, several deaths and injuries as well as the destruction of private and government property.

The release said members of the Los Frijoleros gang turned guns on each other in Managua, while one man was shot dead, a cafe set on fire and several police officers received injuries in Masaya.  A number of vehicles and properties were said to be extensively damaged, and many people injured and or kidnapped in Jinotega, the statement further added.

A healthcare facility was attacked by projectiles and a church was robbed of a sound system and other items in Leon in recent days.  And four people, two of whom are yet to be identified, were injured in a fight that took place in Matagalpa.

The National Police is urging criminal elements to “respect life, public and private property” as well as allowing people to move freely without hindrance throughout the states.  The police also added that they will continue to work relentlessly towards sustaining the peace, security and tranquility of the people, for families and communities across Nicaragua.