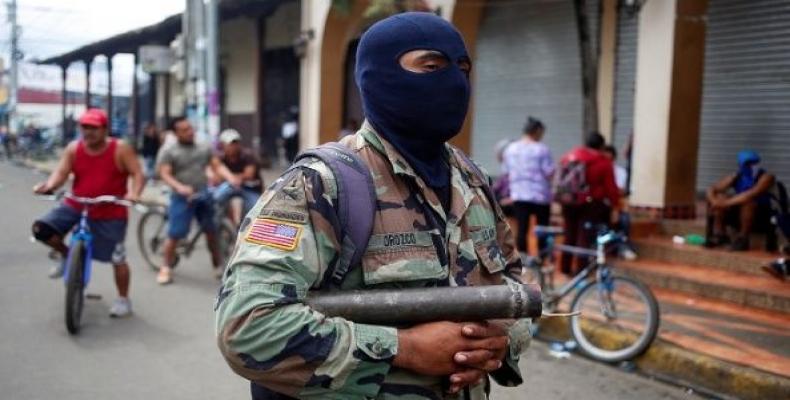 Managua, June 14 (RHC)-- The Nicaraguan government has sent a report to the Inter-American Commission of Human Rights, or IACHR, accounting for the attacks of armed groups in the town of Jinotepe, department of Carazo, that have been carried out this week.

The attack targeted the regional hospital Santiago de Jinotepe, as well as the health center SILAIS nearby, and would not let local residents circulate.  They also vandalized the home of Jinotepe's mayor Mariano Madrigal, burnt vehicles and destroyed a truck, according to the police report.

In recent days, the Nicaraguan police, in a press release to the media, has disclosed a number of incidents of criminal activities which have been destabilizing the country in various cities including Managua, Masaya, Jinotega, Matagalpa and Leon.

The national police say that various organized groups -- armed with firearms, mortar shells and Molotov cocktails -- have been committing “acts of terrorism” against Nicaraguans.  The police also added that they will continue to work relentlessly towards sustaining the peace, security and tranquility of the people, for families and communities across Nicaragua.