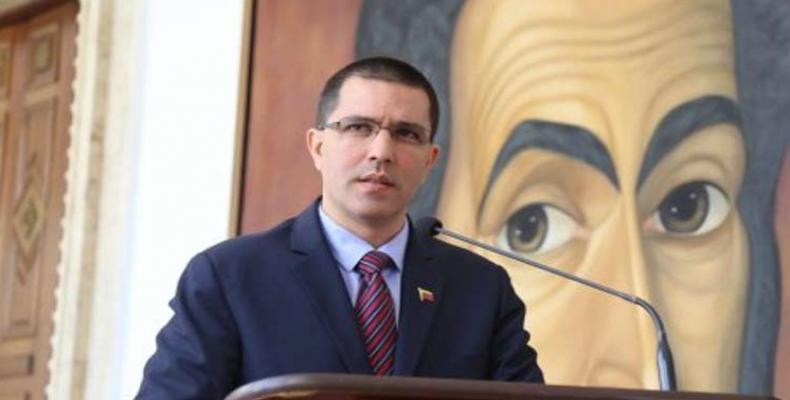 Caracas, June 23 (RHC)-- The Government of Venezuela has described as disrespectful and interfering a report released by the Office of the United Nations High Commissioner for Human Rights that criticizes alleged violations of those rights by authorities of the South American country.

The Venezuelan Minister of Foreign Affairs, Jorge Arreaza, explained that the report is the result of a highly questionable methodology that lacks technical rigor and violates the principles of objectivity, impartiality and no selectivity.

He also stressed that the intended document is further evidence of the 'absolute disregard for the institutional framework and international legal framework that has characterized Zeid Ra'ad Al Hussein, during the somber exercise of his mandate' as High Commissioner of United Nations for Human Rights.

The minister described the publication of the text as an arbitrary act that violates the proper functioning rules of the Human Rights entity and usurps attributions that correspond to the UN General Assembly.

Arreaza deplored that in his marked obsession with Venezuela, the high commissioner deliberately omits proceedings and conclusions of special procedures of the Human Rights Council itself, which contradict the slander of the recent and politicized report.

The Venezuelan foreign minister added that with his document, Zeid Ra'ad Al Hussein confirms his complicity with the multiform aggression that is underway against Venezuela, while he remains silent about the negative impact on the enjoyment of economic, social and cultural rights of the Venezuelan people generated by the unilateral coercive measures imposed by the US government and its allies .

Arreaza indicated that all the information that the Venezuelan authorities provided was intentionally discarded in the report in order to build a grotesque media farce in this matter,' in alliance with other multilateral actors at the service of Washington.

The foreign minister reiterated the Venezuelan Government's commitment to human rights in the terms established in the Venezuelan Constitution and international treaties validated, signed and ratified by the South American nation.

Likewise, he ratified Venezuela´s willingness to continue cooperating with the United Nations system in matters of human rights, provided that they respect the sovereignty of the country and act in accordance with rigor and truth.