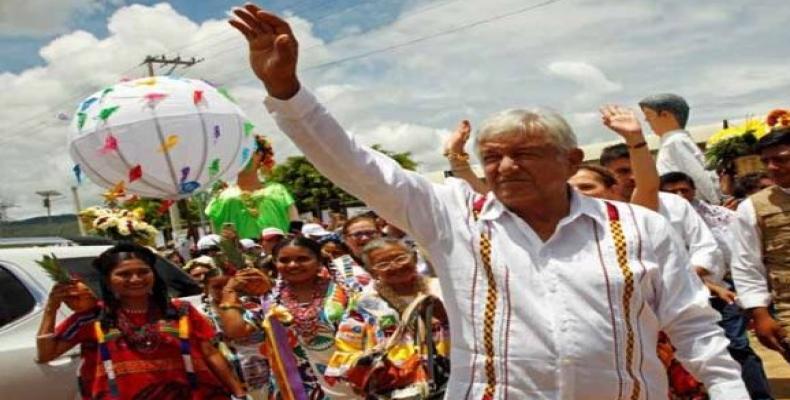 Mexico City, June 25 (RHC)-- Andres Manuel Lopez Obrador has consolidated his commanding lead over rivals in the race to become Mexico’s next president with just a week to go, according to a voter survey by polling firm Consulta Mitofsky released on Sunday.

The opinion poll showed Lopez Obrador, a former mayor of Mexico City, with support of 37.7 percent of voters, up 0.5 percentage points from a survey earlier this month.

Backing for his closest rival, Ricardo Anaya, who fronts a right-left coalition, inched down to 20.0 percent from 20.3 percent in the previous month, according to the nationwide poll of 1,000 voters from June 16-19.

A fourth candidate, independent Jaime Rodriguez, had 3.1 percent support, down by a tenth of a point.

The presidential election is set for next Sunday, July 1st.

Runner-up in the 2012 and 2006 elections, Lopez Obrador has capitalized on growing disenchantment with the PRI over record levels of violence, a series of political corruption scandals and sluggish economic growth.