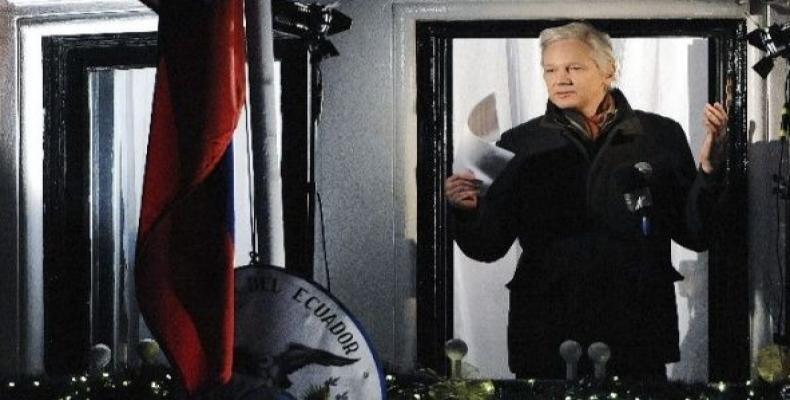 San Jose, July 14 (RHC)-- The Inter-American Court of Human Rights ruled on Friday the right to seek asylum in embassies and other diplomatic compounds.  The ruling includes a mandatory safe process, and the obligation of states to provide safe passage to those granted asylum.

Without naming Julian Assange, the ruling was deemed a huge victory for the WikiLeaks founder who has been held up in the Ecuadorean embassy in London since 2012.  The court released a public statement, which said that it had “interpreted the reach of the protection given under Article 22 (7) of the American Convention on Human Rights and Article XXVII of the American Declaration on the Rights and Duties of Man, which recognize the right to seek and receive asylum in a foreign territory.”

British police have kept a 24-hour vigil outside the Ecuadorean embassy in London, where Assange is staying.  The UK has refused to give him safe passage, warning that he will be arrested if he steps out of the building and tries to go to Ecuador where he has been granted asylum.

“In particular, the Court declared upon the relative issue of whether this human right protects both territorial asylum and diplomatic asylum.  Similarly, the Court determined the human rights obligations of the Member States of the Organization of American States regarding the host country and, in this case, for third States, in virtue of the risk that persons seeking international protection could suffer."

In May, Ecuador's president Lenin Moreno eliminated all additional security from the London embassy as it pertains to Assange's presence in the building.  According to the National Secretary of Communication, the government "will maintain normal security similar to the level of security at all other Ecuadorean embassies in the rest of the world."

Later that month, Moreno said his country will respect Assange's right to asylum but only if he "respects the conditions” his government has put in place for him to continue his stay at their London Embassy.

“Let's not forget the conditions of his asylum prevent him from speaking about politics or intervening in the politics of other countries.  That's why we cut his communication,” Moreno explained, adding that his government would “take a decision” if Assange didn't comply with the restrictions placed on him.