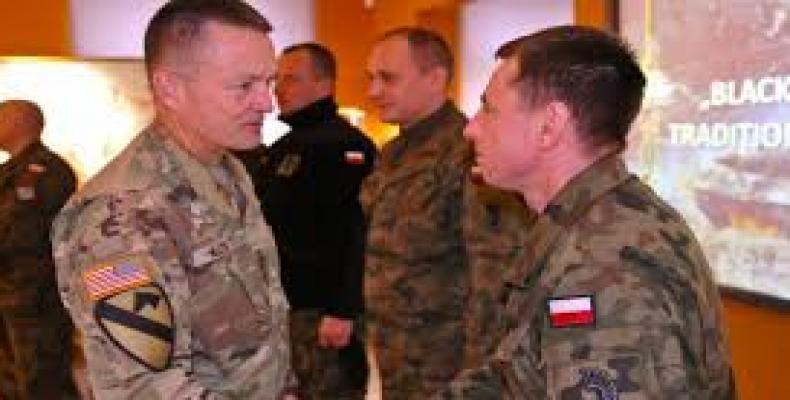 Washington, September 26 (RHC)-- U.S. President Donald Trump has confirmed that the United States is considering building a permanent U.S. military base in Poland.

During a White House meeting with Polish President Andrzej Duda, Trump said: "We're looking at it very seriously.  I know Poland likes the idea very much."

Poland's president confirmed the military installation in his country and has suggested naming the base "Fort Trump."  Poland reportedly wants an increased U.S. presence as a counter to what it has described as 'Russian aggression' in the region.

In other U.S. military news, the newspaper Stars and Stripes is reporting the U.S.-led international coalition in Afghanistan is building new hardened permanent structures in Kabul, in the latest sign that the 17-year war won’t be ending anytime soon.  NATO is seeking bids to build a massive concrete command-and-control center at its compound.