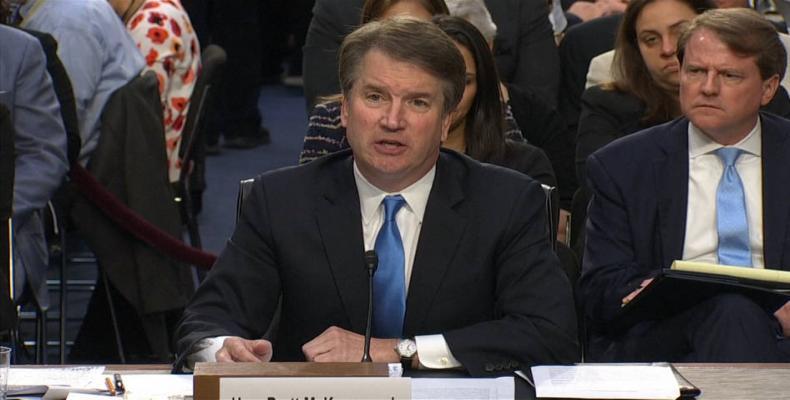 Washington, September 24 (RHC)-- In the United States, the top Democrat on the Senate Judiciary Committee, Dianne Feinstein, is calling for the immediate postponement of the nomination proceedings of Supreme Court nominee Brett Kavanaugh after a second woman came forward alleging sexual misconduct by the judge.

A former classmate of Kavanaugh’s at Yale University has accused him of exposing himself and thrusting his penis in her face during a college party in a dorm room.  The woman, Deborah Ramirez, spoke on the record to The New Yorker and is now calling on the FBI to investigate her allegations.

Meanwhile, Dr. Christine Blasey Ford has agreed to testify before the Senate Judiciary Committee on Thursday about her allegations that Kavanaugh attempted to rape her when she was 15 years old.  Kavanaugh has denied both accusations.

As part of his defense, Kavanaugh has given the Senate a copy of his calendar from the summer of 1982, which does not show him attending any parties like the one described by Christine Blasey Ford.  But Kavanaugh’s own team acknowledged the newly unearthed calendar also does not disprove her allegations.