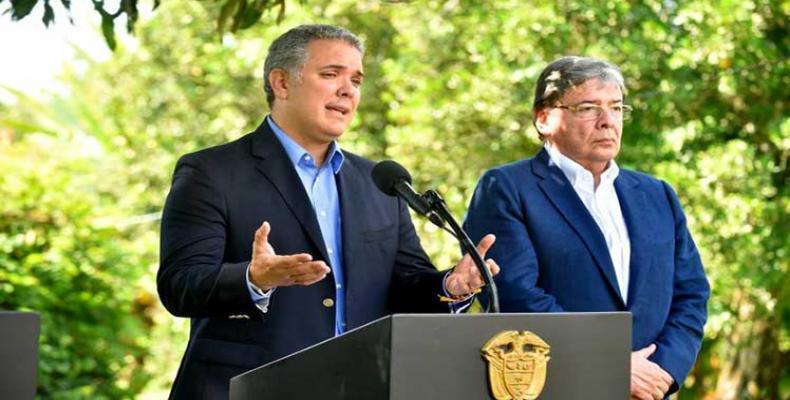 Bogota, October 30 (RHC)-- The Colombian government has rejected an article by the Folha de Sao Paulo newspaper that alludes to an alleged conspiracy with Brazil´s president-elect, Jair Bolsonaro, to intervene militarily in Venezuela.

'Colombia rejects versions of a supposed suggestion by our country to Brazil´s president elect to overthrow the government of Nicolás Maduro', said a statement issued by the Colombian Foreign Ministry, according to Prensa Latina news agency.

The Ministry stressed that the government of President Ivan Duque has repeatedly expressed that it wants peace.

'We reject and deny the versions that have been published by the Folha de Sao Paulo about a supposed and non-existent suggestion from Colombia to Bolsonaro,' insisted the official note.

Although the Colombian administration does not recognize the legitimacy of the Bolivarian government of Venezuela, the Foreign Ministry clarified that the actions encouraged by Colombia in relation to the neighboring country are of a political and diplomatic nature and of a regional and multilateral approach.

The newspaper Folha de Sao Paulo said in an article on Monday that Colombia would be willing to conspire with the far-right Bolsonaro to promote a military intervention against Venezuela.