Bolsonaro says he is open to host U.S. military base in Brazil 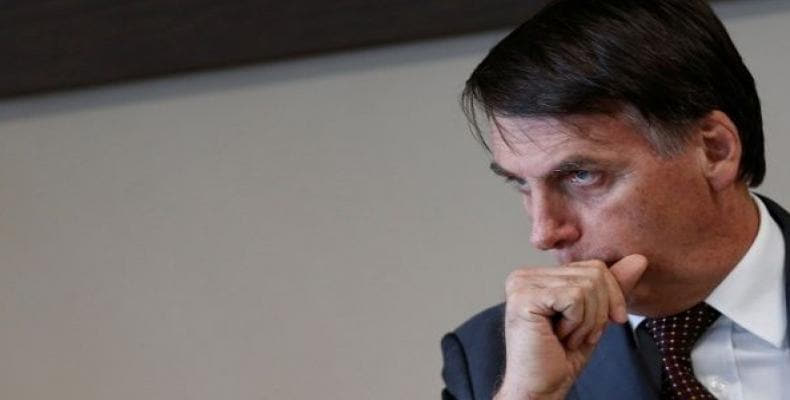 Rio de Janeiro, January 3 (RHC)-- Brazilian President Jair Bolsonaro  says he does not rule out discussing with Washington the establishment of a U.S. military base on Brazilian territory.

During an taped interview with the TV channel SBT aired on Thursday,  he said his rapprochement with the US is an economic issue, but it could be military as well.

"Depending on what happens in the world, who knows if we would need to discuss that question in the future," Bolsonaro said.

He emphasized that what Brazil seeks is to have "supremacy in South America."

The far-right leader is upending foreign policy dating back over a decade, which saw the Workers Party emphasizing South-South relations and sometimes tussling on the international stage with the United States.

Bolsonaro, a 63-year-old former Army captain and admirer of both Brazil's 1964 to 1985 military dictatorship and U.S. President Donald Trump, has quickly deepened ties with the United States and Israel.

Bolsonaro's national security adviser, retired Army General Augusto Heleno, confirmed earlier on Thursday that the president wants to move Brazil's embassy in Israel to Jerusalem, but that logistical considerations were standing in the way.