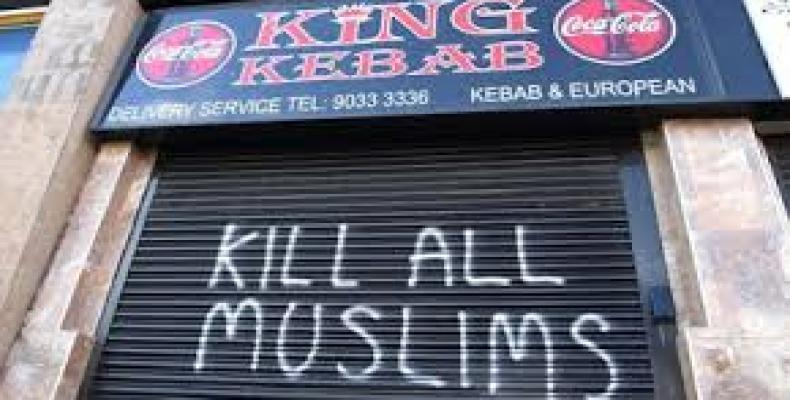 Washington, November 19 (RHC)-- A new report by the FBI finds that reported hate crimes in the U.S. were up in 2017 -- the third year in a row.  The rise in hate-motivated and racist incidents has been recorded throughout the United States.

The report says that the numbers are partially a reflection of an increase in police reporting of hate crimes.

In related news, in the U.S. State of Wisconsin, Baraboo High School has come under intense scrutiny as a photo of at least 60 male students giving the Nazi salute went viral this week.  One student in the front row is seen making a “White Power” symbol with his index finger and thumb.

The photo was reportedly taken ahead of the students’ junior prom last spring and was posted on a social media site with the hashtag #BarabooProud.