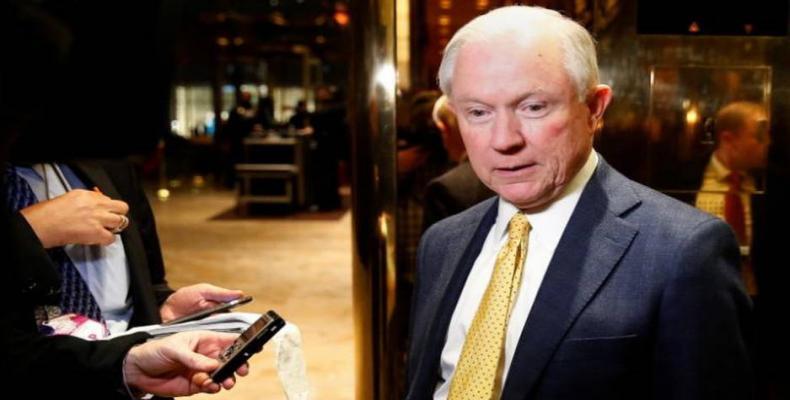 New York, November 19 (RHC)-- U.S. president-elect Donald Trump has chosen Alabama Senator Jeff Sessions to be attorney general.  Sessions is a former prosecutor who was elected to the Senate in 1996.  As a senator, he’s consistently supported anti-immigration legislation.

In 2010, he was a leading proponent of the efforts to repeal the 14th Amendment, which grants citizenship to everyone born in the United States.  Jeff Sessions has also been a vocal opponent of the Voting Rights Act.

In 1986, President Ronald Reagan nominated Sessions for a federal judgeship, but he was denied confirmation because of his history of racist comments, including reportedly saying he thought the Ku Klux Klan was "OK until I found out they smoked pot."  He has also called the American Civil Liberties Union and the NAACP "un-American" and "Communist-inspired."

And Donald Trump has reportedly chosen Kansas Congressmember Mike Pompeo as CIA director.  Pompeo has opposed closing Guantánamo Bay prison.  In 2013, he visited the notorious U.S. prison and said of the prisoners who were on hunger strike: "It looked to me like a lot of them had put on weight."  He’s also a vocal opponent of the Iran nuclear deal.