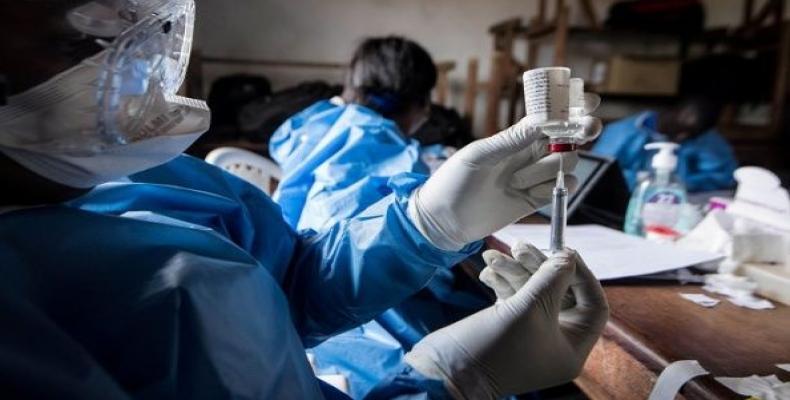 Goma, December 14 (RHC)-- The Democratic Republic of Congo is grappling with the second biggest Ebola outbreak in the African continent's history.  The outbreak is localized in Congo's eastern region, where an armed conflict between military forces and rebel groups is unfolding.

According to doctors and medical personnel, preventing the spread of Ebola involves fast work under pressure as health workers must check all possible new cases, take blood samples, isolate the sick, and follow up with everyone whom a patient has been in contact with.  Such activities present a difficult task due to the conflict.

Medics have been unable to reach areas to administer the vaccine due to threats of violence and gunfire.  Last month, humanitarian workers were temporarily evacuated from a base in the town of Beni as the situation became increasingly dangerous in eastern Congo.

Medical experts say a quick response to the outbreak is key.  It’s a lesson hard-learned from the 2013 to 2014 epidemic in West Africa, the worst Ebola outbreak in history that killed over 11,300 people.

A slow international response contributed to the rapid spread of the deadly disease, which causes hemorrhagic fever, severe vomiting, diarrhea, and bleeding.  More than half of cases are fatal.

The conflict, which has seen a recent surge in violence, is coupled with "reluctance, refusal and resistance" from community members who turn down treatment, the WHO reports.

That’s because some Congolese believe the medics will spread the disease with their vaccination needles, while others do not believe the virus exists. Some medics, especially local staff, have received verbal death threats and have had rocks thrown at their cars.

WHO says the community resistance is driven by a fear of the virus, and of being exploited by local politicians in the lead up to a presidential election in December.