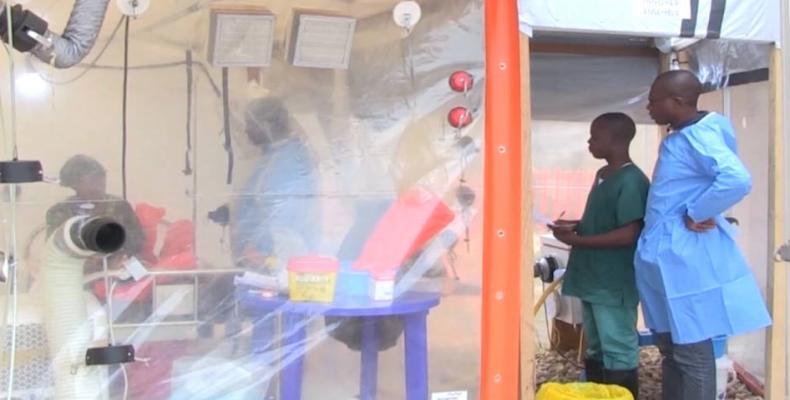 Geneva, November 13 (RHC)-- Over 200 people have died in the Democratic Republic of Congo's Ebola epidemic, which is considered the worst in the African country’s history, the World Health Organization (WHO) has announced.

Health Minister Oly Ilunga said told reporters that 319 cases and 198 deaths have been registered.  Nearly 30 health workers have also contracted the virus, reports say.  Despite a vaccination initiative which has helped around 25,000 people, there have been over 201 deaths and another 291 cases confirmed since the outbreak was registered in August, the health ministry said.

“The risk of the outbreak spreading to other provinces in the Democratic Republic of the Congo, as well as to neighboring countries, remains very high.  Over the course of the past week, alerts have been reported from the South Sudan, Uganda and Yemen,” WHO officials said.

Already state officials have distributed some 2,100 vaccines to Ugandan health workers to prepare for the likely outbreak which will follow.