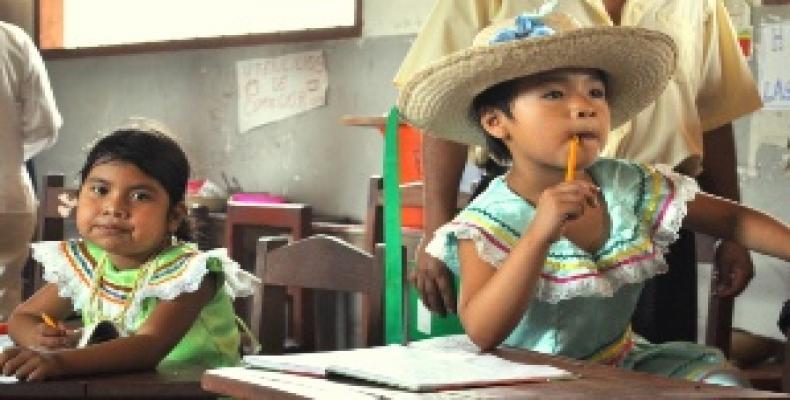 United Nations, December 27 (RHC)-- The Bolivian economy grew by 4.4 percent in 2018 and is estimated to maintain the same rate of growth in the coming year, according to the United Nations.

In its annual survey the U.N. Economic Commission for Latin America and Caribbean (ECLAC) says that Bolivia is enjoying 12 straight years of economic stability that keeps expanding — the country’s economy grew to 4.4 percent in 2018, a record for the Andean country ahead of Paraguay’s second place of 4.2 percent.

Bolivia’s economy is far ahead of the Latin American and Caribbean average of 1.2 percent.

The International Monetary Fund (IMF), well known in the region for implementing neo-liberal austerity measures, as is the current case in Argentina, says that Bolivia’s growth is "one of the highest rates in the region" and projected that it will grow to 4.5 points by next year, mainly through an increase in oil and hydrocarbon prices and production.

The report shows that the national gross domestic product (GDP) increased by 2.9 percent in 2018 and inflation went down to 1.3 percent, while unemployment this year hovered around 4.1.

Over the past year, President Evo Morales increased the minimum wage by three percent.   He told reporters in Cochabamba earlier this week that the GDP this year increased by about $200 per person -- from $3,390 to $3,581 U$D.

According to ECLAC, the region will face a complex and volatile global economic scenario in the coming years, both in developed and emerging economies because of weakening international trade aggravated by trade United States and China trade wars.

“In order to stabilize and boost growth it is necessary to reorient public investment in sustainable development, such as new technologies and green investment,” said the economist.

The senior U.N. official added, “social spending should be protected, especially in periods of economic slowdown so that this is not affected by adjustments."

Argentina, which has slashed education, science and housing programs by as much as 48 percent for 2019 is expected to contract by 1.8 percent next year.  ECLAC experts say that Mexico will grow by 3.3 percent during the same time.