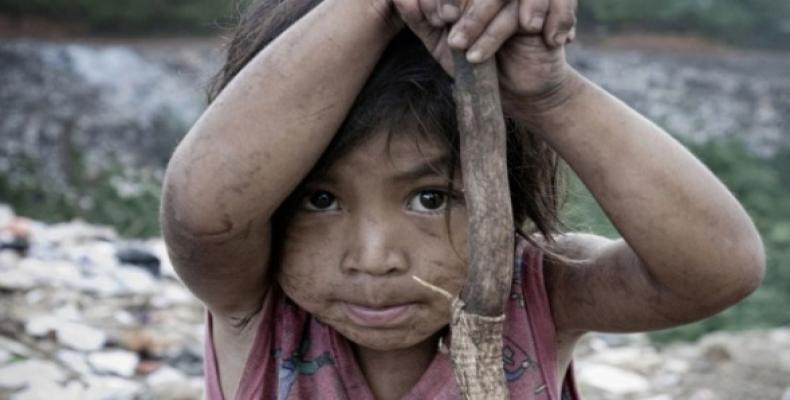 United Nations, June 29 (RHC)-- Children in Latin America are the best off out of children from developing regions, according to a newly-released UNICEF report.  Despite this, inequality is still the highest of any region and extreme poverty, while almost eliminated, still looms for the “moderate” poor.

The State of the World’s Children report notes Latin America as an example of a region that has significantly expanded its middle class and halved rates of extreme poverty between the mid-1990s and 2011, but notes that, “38 per cent of the population lived on a daily income of between $4 and $10 U$D a day in 2013, at risk of slipping back into extreme poverty.”

While the report defines extreme poverty as living over $1.90 a day, the above numbers are from the World Bank, which draws the line at $2.50 and vulnerability to poverty as $4.10 a day or less.

The United Nations also released a report earlier in the month citing that thanks to investments in social programs and wealth redistribution policies over the past 15 years, approximately 72 million Latin Americans were lifted out of poverty and a further 94 million moved into the middle class.

However, according to the UNDP, 2015 and 2016 saw a rise in the number of people living in poverty in the region for the first time in decades.