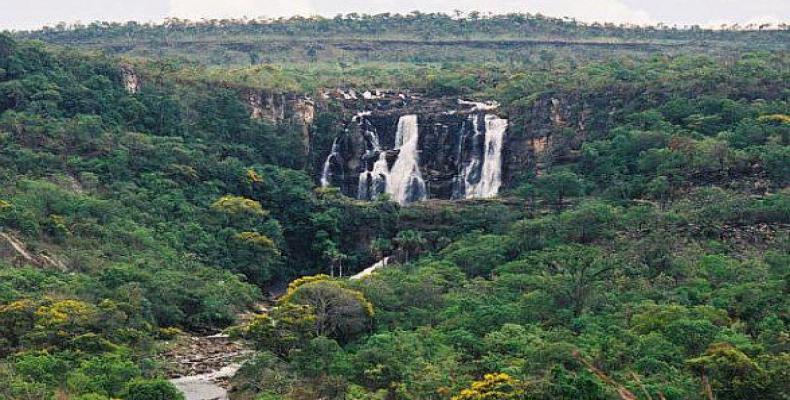 United Nations, October 20 (RHC)-- The world is facing an “unprecedented double challenge” of tackling hunger, food insecurity and poverty while also saving the climate before global warming sends the world over the tipping point, according to the U.N. Food and Agriculture Organization, and improved forest conservation and agricultural policies will play a crucial role in taking on the crisis in Latin America and the Caribbean.

According to the FAO’s 2016 State of Food and Agriculture report, released Monday in the wake of World Food Day, the single largest source of greenhouse gas emissions in Latin America and the Caribbean is the conversion of forests to other land uses, such as agriculture.

The organization argued that reigning in deforestation with better conservation measures offers the greatest potential to help mitigate climate change in the region—the impacts of which are already being felt by vulnerable communities—when paired with an effort to transform food and agricultural systems.

“An important message is that the costs of inaction are huge,” regional FAO representative Eve Crowley told AFP. “It is worth it to invest now and take actions today instead of waiting, because it is not only going to have consequences for countries’ farmers and social security systems, but for humanity in terms of prosperity and peace.”

Around the world, agriculture is to blame for about one-fifth of greenhouse gas emissions, and expansion of the agricultural frontier is often responsible for deforestation, including in precious Latin American ecosystems like the Amazon rainforest, a pivotal world carbon sink.

Agriculture systems need a makeover not only to help fend off environmental disaster, but also to adapt to a changing climate. According to FAO’s new report, climate change is set to hammer crops and livestock in the region in many ways as a result of creeping desertification and drier soils in some areas, and increased frequency and intensity of tropical storms and forest fires in other areas.

Changing temperatures may boost soybean and wheat harvests in temperate climate zones, but tropical and subtropical regions are expected to suffer the brunt of the crisis with major crop losses and possible species extinction.

Proposed radical changes to food and agriculture promoted by the FAO report call on states to offer greater support to small-scale farmers at the foundation of the world’s food supply, promote plant-based diets, reduce food waste, ensure efficient fertilizer use, among other recommendations.

The report also advocates social programs to combat hunger and reduce poverty, noting that evidence from Latin America shows “the clear benefits of social protection in terms of food security, human capital development, and economic and productive capacity, even among the poorest and most marginalized.”

A parallel FAO report also released Monday, titled “Climate change and food and nutrition security in Latin America and the Caribbean,” argued that climate change is likely to impact food stability, availability, access and use in the region with consequences for food security, nutrition, diets and local economies.

According to the organization, the findings underline the importance of urgent policy measures to not only confront future challenges but also protect against the threat of climate change the achievements that have already been won in the regional fight against hunger and poverty.