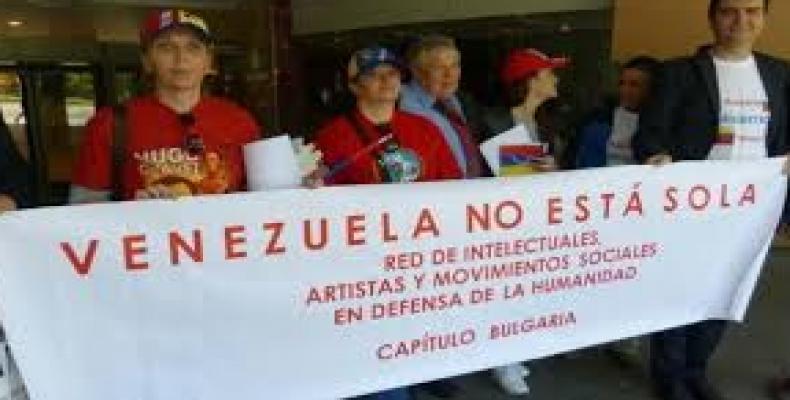 Caracas, February 6 (RHC)-- Members of the Network of Intellectuals, Artists and Social Movements in Defense of Humanity (REDH), participants in the International Day for Democracy and Peace and in Solidarity with the Bolivarian Revolution held in Caracas, support the constitutional President Nicolás Maduro Moros and the Venezuelan people in the face of the ongoing coup d'état and the threat of a military intervention by the U.S. government.

In a statement issued in the Venezuelan capital, the participants said: “We appeal to the conscience of men and women who love peace and a world order based on dialogue, respect for civilized coexistence among nations, and the principles of international law.  In Venezuela, the principle of State sovereignty is defended today.  The Bolivarian Republic of Venezuela is at the epicenter of the global geopolitical dispute.  The aggression of U.S. imperialism is against the peoples of Our America.”