Venezuelan president issues warning of attacks on border with Colombia 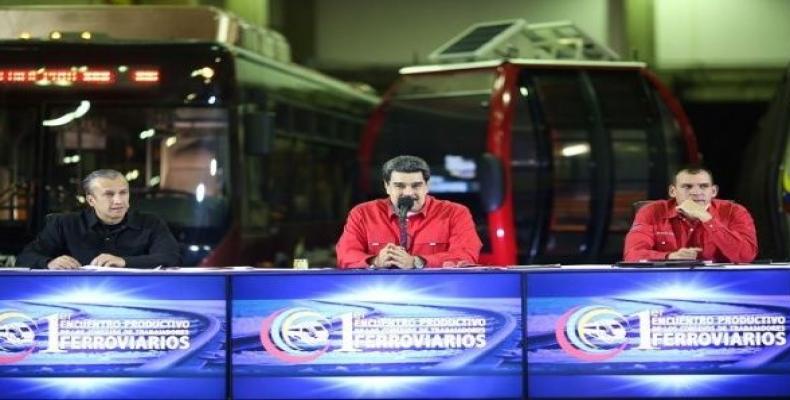 Caracas, November 30 (RHC)-- The president of Venezuela, Nicolás Maduro, urged the Bolivarian National Armed Forces (FANB) on Friday to remain alert for actions promoted by Colombian President Iván Duque on the border between the two nations.

"I have information that the Colombian Government and the U.S. Southern Command are planning provocative actions on the Colombian-Venezuelan border to try to divert attention from the popular uprising against Iván Duque," Maduro said during a meeting with railway workers in Caracas.

Nicolas Maduro also stressed the need to be increasingly prepared "to defend the homeland against U.S. imperialism and the Colombian oligarchy" and, in this way, guarantee "peace, production and progress."

The Venezuelan leader authorized handing out 13,000 rifles to the Combat Forces and instructed them to advance the organization of the working class as part of the Bolivarian Militia.