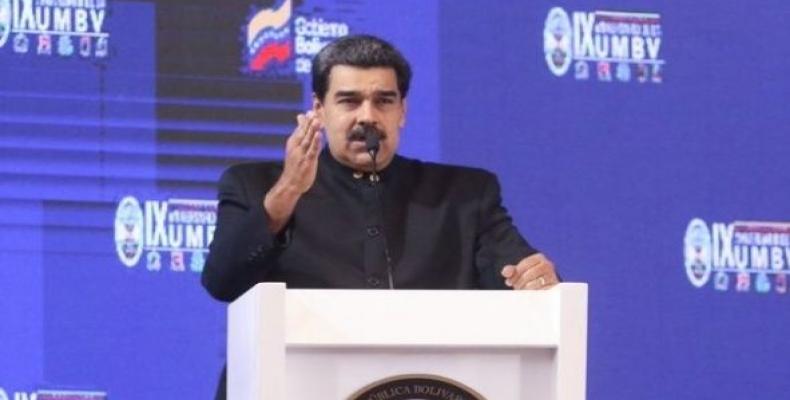 Caracas, September 3 (RHC)-- Venezuelan President Nicolas Maduro declared an “Orange Alert” Tuesday in the states that border with Colombia due to the threat of military aggression from the neighboring country.

"We know that there is an attempt to try a set of false flag operations (...) the government of Colombia (...) now intends to maneuver a false flag operation to attack Venezuela and start a military conflict against our country," Maduro denounced during the commemoration of the IX Anniversary of the Bolivarian Military University.

An Orange Alert means that the Venezuelan army must remain precautionary against aggression from the neighboring country, waiting for the call to arms.  The president explained that the Colombian government, led by far-right Ivan Duque, "wants to accuse Venezuela of being the cause of a war in Colombia that is 70 years old," in reference to the unfounded accusations about links of his government with the recent Revolutionary Armed Forces of Colombia (FARC) dissidents.

Maduro also ordered for a military exercise called "Peace and Sovereignty" to begin on September 10 until the 28th in the states Zulia, Tachira Apure, and Amazonas, territories that make up the 2,219 kilometers of the border that Venezuela shares with Colombia.