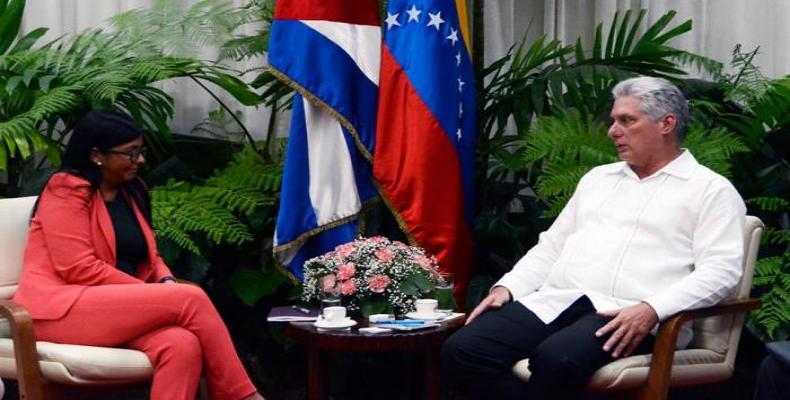 A note from the Foreign Ministry website says that during the fraternal meeting, Diaz-Canel and Rodriguez exchanged on the progress of the bilateral cooperation agreements , the recent celebration of the high level segment of the 74th General Assembly of the United Nations and and other topics of interest.